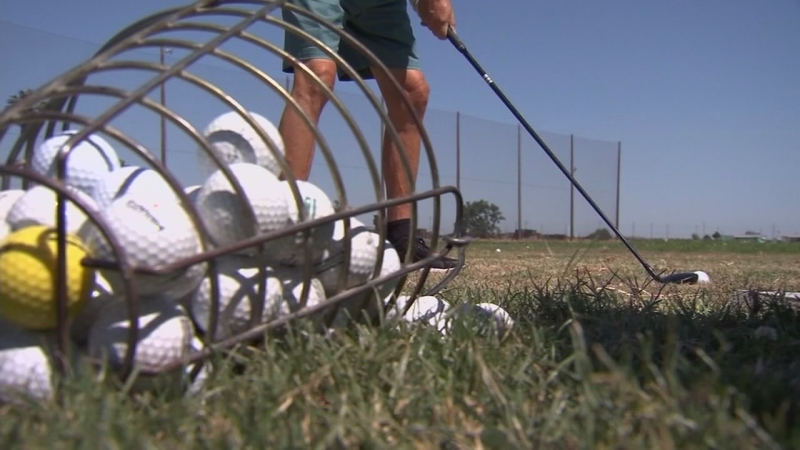 MERCED, Calif. (KFSN) -- A Merced golf range was vandalized over the weekend. Owners of the Santa Fe Golf Range claim they've been a constant target since last year.

Owners say they found the damage at the batting cages. A massive piece of netting was neatly cut from the facility, and several balls were also stolen over the weekend.

Co-owner, Aaron Freitas, said the vandalism started in December and remains a problem.

Since then, Freitas said they have had balls, benches, baskets, and tools stolen. It has cost them thousands of dollars to add cameras and replace the equipment.

Freitas said more it happens; the harder it becomes to keep their doors open.

"For the past several months it's been something every other week. There is stuff to do in Merced, and we're one of those things. It's tough when they're taking what you need to survive as a business," Freitas said.

Tony Stagno gives golf's lessons at the facility. He said with equipment going missing, his job is becoming harder to do.

"There's been times where we've had lines in here with people waiting for golf balls. While he's out there in the tractor picking stuff up, we've had a rush, or I've had a lesson scheduled. We have a rush, and we don't have enough golf balls for the rush or my own clientele," Stagno said.

Owners are asking frequent players to stay alert. Freitas said plan to beef up security to hopefully stop being a target.