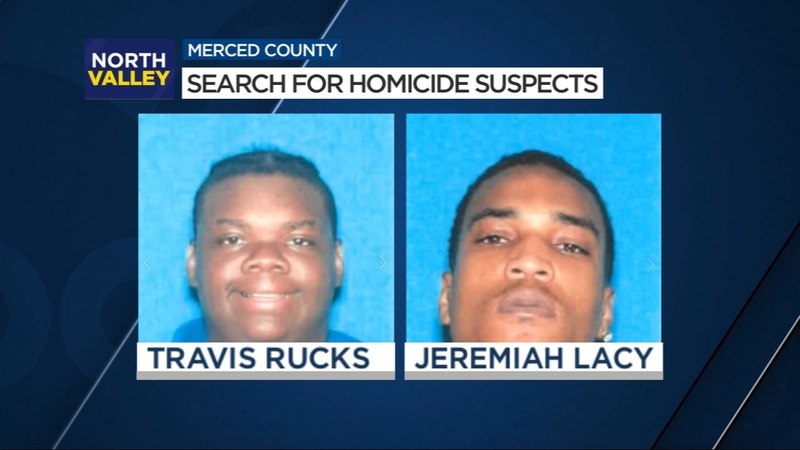 2 wanted in connection to Merced homicide

MERCED, Calif. (KFSN) -- Editor's Note: The video above is from a previous broadcast and will be updated.

Authorities have arrested one man wanted in connection to the murder of a 33-year-old woman in Merced. Police say another suspect is still on the loose and considered armed and dangerous.

Christina Velez was killed and a second person also suffered major injuries after a planned robbery went wrong, leading to a shootout on East Main Street on October 30, 2021.

Investigators say he had given the officer a false name, but was taken into custody without incident. He has been booked in the Contra Costa Jail and will be transported to the jail in Merced County.

Rucks and Jeremiah Marquis Macias Lacy, 24, ran off after the shooting. Their third partner, 22-year-old Emari Lee Prescott, was injured during the shootout and arrested after he went to a local hospital for treatment.

Lacy remains on the run. His last known location was in the city of Vallejo.