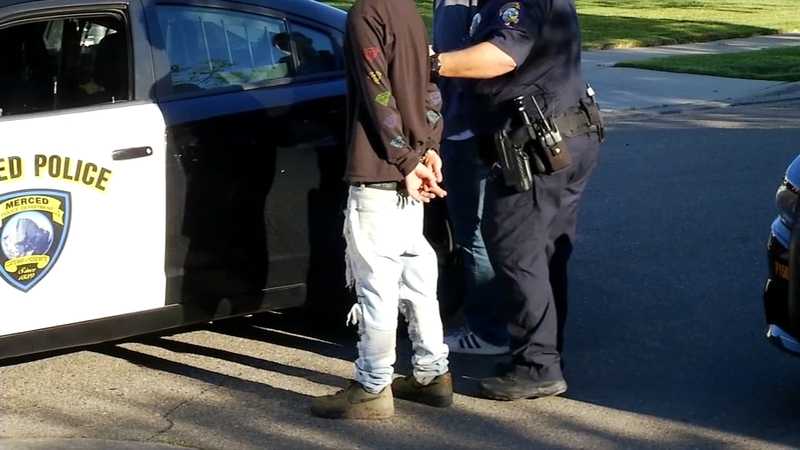 MERCED, Calif. (KFSN) -- Following the death of George Floyd, protests across the country have called for police reform.

In Merced, leaders are taking the next step and creating an advisory committee to review the Merced Police Department policies and procedures.

On Thursday, Merced Mayor Mike Murphy introduced the 18 community members that make up the committee.

"Their scope will be to better understand our use of force policies, to understand what our department is doing well and where we can improve within the bounds of California state law," said Murphy.

Murphy said part of the discussion will be the policies listed by the 8 Can't Wait movement, a campaign that advocates for eight changes to use of force policies at police departments across the country.

According to the campaign's website, Merced Police has two of those policies in place: Police must warn before shooting, and officers have a duty to intervene and stop other officers using excessive force.

The panel will look into 6 proposed changes into how Merced Police operate: requiring deescalation, requiring officers to exhaust all alternatives before shooting, a ban on shooting at moving vehicles, restricting the most severe types of force to the most extreme situations, requiring comprehensive reporting and banning choke holds.

"We are actually much farther down the road with those eight dimensions than that suggests," said Cavallero.

But he said he welcomes feedback on how policies can be more straightforward.

"Then we at least have to change it enough so that it's indisputably clear. Right? I think that's where a lot of those issues are," said Cavallero.

Allen Brooks, Merced County NAACP President, said he is optimistic to see that protests have led to the next step for change.

Brooks is one of the advisory committee members.

"I am hopeful," said Brooks. "We didn't have this before, so it's a step. It allows us to get one foot in the door, but we are not going to stop. This is just one piece of us changing the Merced system as far as making sure there is equity all around."

Murphy said he worked with several Council members in selecting the committee.

"Many people on this advisory committee have had both positive and negative experiences with law enforcement," Murphy said.