The city's fire and police departments are issuing citations and confiscating hundreds of pounds of illegal fireworks.
KFSN 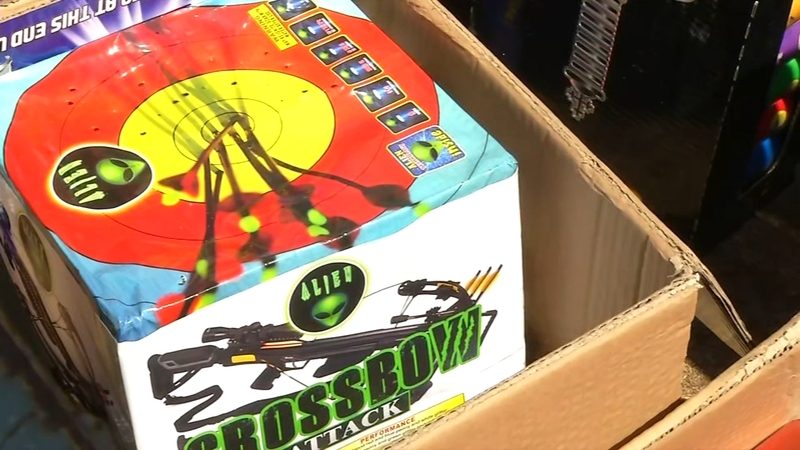 MERCED, Calif. (KFSN) -- The City of Merced is cracking down on illegal fireworks this year with patrols starting much earlier than normal.

The city's fire and police departments are issuing citations and confiscating hundreds of pounds of illegal fireworks.

The department also posted a video on Facebook, showing the danger of using aerial fireworks.

They launched one over a field during a demonstration.

It landed on the dry grass and sparked a fire within 30 seconds, which crews then quickly put out.

Officials say this is a danger that's putting homes and lives at risk far too often.

"It's become very prevalent in our community and not just around the Fourth of July. It seems to have started very early, in June this year. Often times complaints are coming in from the city and saying fireworks are almost year-round in some neighborhoods," says deputy fire chief Casey Wilson.

Merced residents can make complaints of illegal fireworks in their neighborhood through the Merced Connect app.

That complaint will then get sent to the proper authorities and they'll send more units to patrol.

Even safe and sane fireworks are not allowed in the city until June 28th.