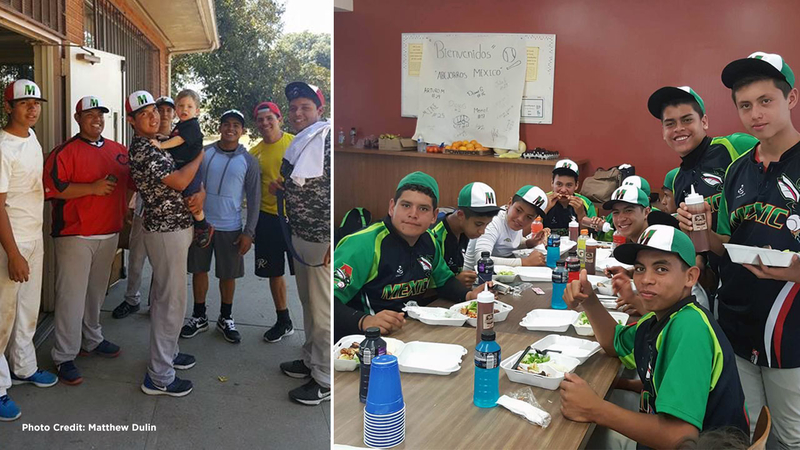 GLENDALE, Calif. -- A baseball team from Central Mexico has much to cheer about after the greater Los Angeles community rallied to help them stay in California to finish their tournament.

The Hornets baseball team traveled to California from Aguascalientes, Mexico with the help of a sponsor, but said the sponsor backed out at the last minute, leaving them without money to pay for most of the trip.

"I'm a mom first and I'd never burst a kid's bubble," Evelyn Morales of Montebello said.

When Morales heard about the team's situation, she posted about it on Facebook and donations started pouring in.

"They have this whole support system behind them that grew just because of a Facebook post," Morales explained.

Morales started a GoFundMe account and the donations poured in. The Los Angeles Dodgers invited the team to a game and gave them an Adrian Gonzalez jersey to raffle off, which helped raise $400.

Motorcycle clubs in the area collected $800 and several workers at El Chilerito Spice in South El Monte were from Aguascalientes and they chipped in $235.

Thanks to the outpouring of help from the community, the team will be able to play ball until the end of July.

"We feel excited, we feel thankful, it feels like this is my second home," designated hitter Joshua Garcia said.

The money raised through the GoFundMe account will help pay for the remainder of the team's stay and new uniforms.

"We are so thankful that we get to continue with this dream," Joshua said.