Investigators say Hernandez's body was pulled from the California aqueduct near Siskiyou and Dorris Avenues near Huron on Sunday.
KFSN
By Brittany Jacob and ABC30.Com Staff 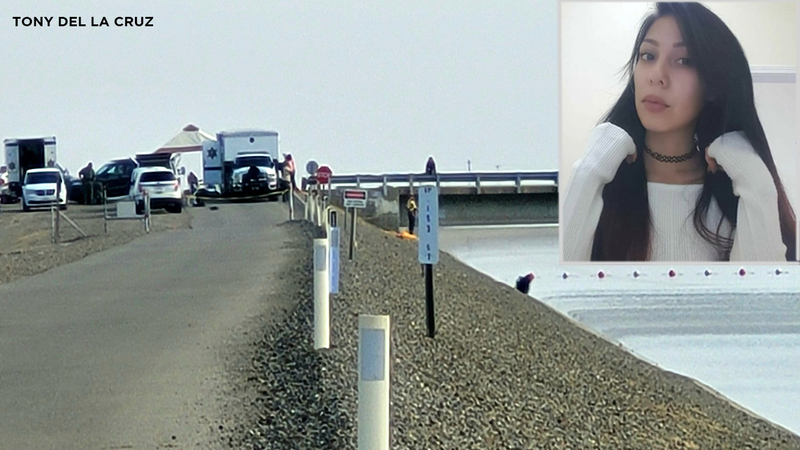 Investigators say Hernandez's body was pulled from the California aqueduct near Siskiyou and Dorris Avenues near Huron on Sunday after more than a month of searching.

BREAKING: Fresno County deputies confirm Missy Hernandez’s body has been recovered from the bottom of the California Aqueduct near Huron. She was found on Sunday. She had been missing for 40 days. More details to come. @ABC30 @FresnoSheriff pic.twitter.com/eloJ4QByJA

After not having any success, their investigation led them to a dangerous three hour dive operation near Huron.

Sheriff Mims said the search and recovery process was an emotional one.

"There truly was not only relief and closure for our personnel but also for Missy's family," said Mims.

Sheriff's officials say detectives found "forensic and digital evidence" indicating some sort of violent attack had occurred at Missy's house. Mims said investigators would not be revealing the cause of her death.

"We are very grateful that there was the find of my sister's body but then there's the young ones that don't understand. They don't have closure. They want to know why this happened, and those answers we still don't have," said Daisy Hernandez, Missy's sister.

Her sister now has a message for those who may be struggling with similar abuse, "If anybody out there that's going through a situation like that, do not be afraid, to not just call your friends but also family members."

The family has set up a GoFundMe account to cover funeral expenses.