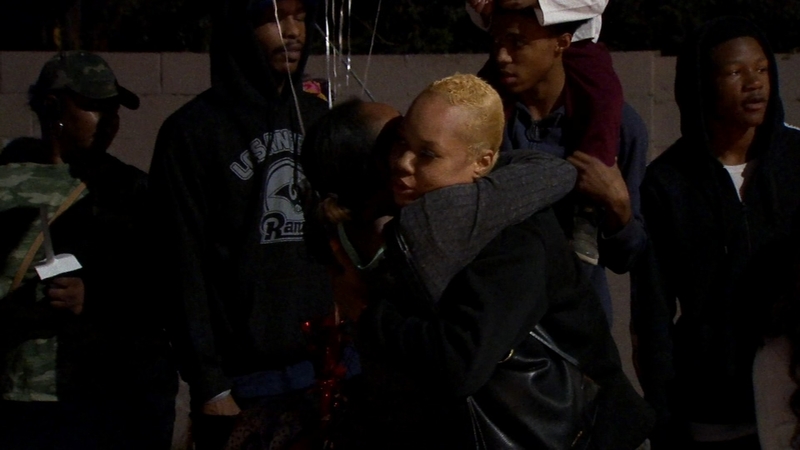 FRESNO, Calif. (KFSN) -- On the corner of Shields and Valentine loved ones held candles honoring a life taken too soon.

16-year-old Dayvon McCoy was coming home from his after school program when the unthinkable happened.

"I just kept telling him to wake up and say my name, and he didn't move, and they put him in the ambulance," said Terri McCoy, Dayvon's mother.

Terri McCoy is recounting the moments she was told her son was struck and killed by a driver after pushing his friend out of the way.

"He saved his friend's life. He's always been like that," she said.

Though just a teen, the Central High School student impacted the lives of those he met, and it is evident with the number of people who paid tribute to him.

The straight-A student with aspirations to play in the NFL to support his mom is described as putting others first.

Terri says his positive outlook on life was infectious.

"You couldn't be mad around him," she said. "He would say something to make you laugh."

Now clinging to her faith, Terri is working on getting through this trying time.

"I have to remember that my God is an awesome God, and he's going to supply me with everything I need on this journey," she said.

She went on to say there's been an overwhelming amount of support from the community and the school district.