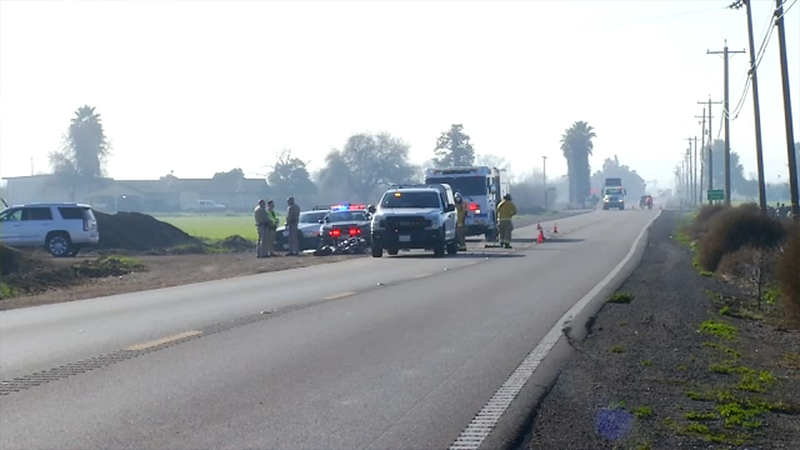 It happened just after 8 am.

Officers say the two victims, a man and woman, were on a motorcycle traveling south on Highway 33 near Marshall Road when they hit the back of a GMC truck.

The man and woman were thrown from the bike.

Investigators say minutes later, a big rig hit the motorcycle in the roadway, then drove away. CHP officers said it's possible the semi also hit both victims.

Officials say the big rig was hauling a white tractor-trailer and may have some damage to the front of the vehicle.