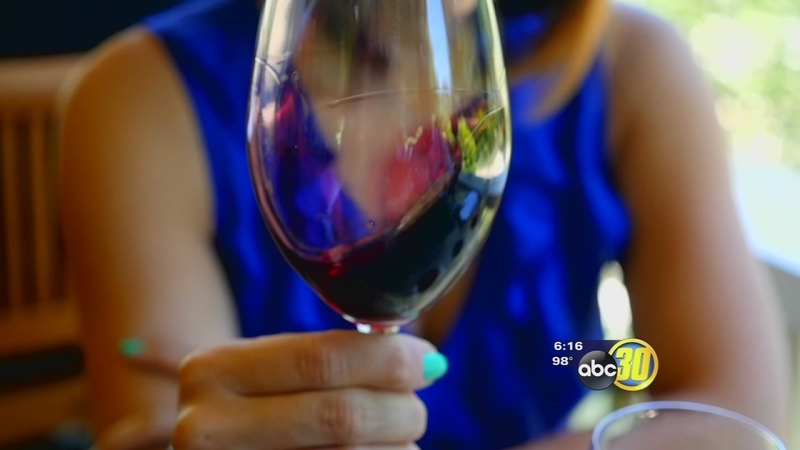 FRESNO, Calif. (KFSN) -- Fresno State is widely known for its red wave, sports teams, and concerts at the Save Art Center.

But among wine lovers, the university has long been known for producing the "rock stars" of the industry, through its prestigious viticulture and enology program.

Alex Ryan, Duckhorn wine company's president and CEO, is most at home in the vineyards.

"That keeps me grounded," said Ryan. "I'm a vineyard guy at heart."

He worries about things like soil moisture and a balanced crop load as harvest season approaches.

Summer is typically the "calm" before the fall frenzy, but you wouldn't know it. From the swarms of visitors flocking to Duckhorn's Saint Helena tasting room, to the tune of 100,000 a year.

Ryan loves to greet them, selling his wines with every pour. He's come a long way from his start as the administrative assistant to Duckhorn's founder.

"I worked here my entire life, and kinda worked through every position at the winery," said Ryan.

Now Duckhorn crushes 12,000 tons of grapes a year, that are made into seven different brands of wine.

One glance at a leaf, he names the varietal. He credits his time as a viticulture student at Fresno State.

Ryan said, "Vince Petrucci kind of the grandfather of California viticulture was still there teaching classes and meeting icons, for a young person, meeting iconic figures is just awe inspiring so he was a big part of that."

Several campuses across the country offer oenology and viticulture programs. But Fresno State's is well known for being hands on. They were the first bonded winery on a college campus.

Fresno State Professor James Kennedy said, "It's a 10,000 case bonded winery. It's the largest bonded winery in the United States that's located on an educational property. That's very important because the students who are trained here are going to be very familiar with the equipment they're likely to see in the industry."

In fact the graduates are so well-prepared, this year's graduates all had jobs lined up right out of college.

That was the case for Peju's director of winemaking, Sara Fowler.

"We had all the equipment," said Fowler. "We learned how to filter, crush grapes, and do the pump overs and do everything you do in real world winemaking."

After 20 years in the real world, Fowler oversees the entire winemaking process at Peju, from the vineyard to the bottle and everything in between. One of her favorite jobs is still concocting blends in the lab. Peju has two dozen different wines.

"I like wines, all wines," said Fowler. "I want them approachable, delicious."

Her customers couldn't agree more. They're often surprised when she talks about her Fresno State roots. But Fowler says they shouldn't be.

"Fresno's got a great reputation and we've done really good and I think they're putting out great graduates and people making great impact and doing positive things in the industry overall."