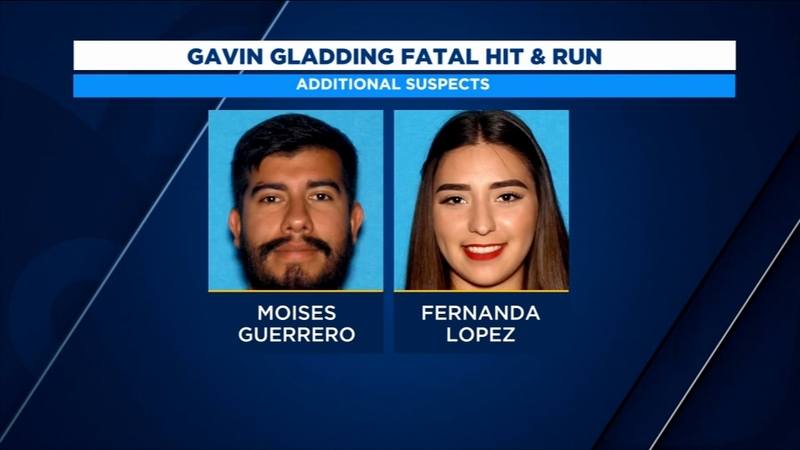 When his pickup truck swerved off Friant Road and into Gavin Gladding, running on the shoulder, investigators say Rogelio Alvarez-Maravilla made a U-turn and drove away.

They say Fernanda Lopez was his passenger that Sunday morning and prosecutors now say Lopez and Moises Guerrero both helped Maravilla cover up his crime.

"It's apparent that these two individuals helped the defendant repair the car to correct any of the damage that had been done," said legal analyst Tony Capozzi as he read the charges against Lopez and Guerrero.

Investigators questioned Maravilla when he turned himself in five days later.

They wrote more than a dozen search warrants and collected evidence from social media accounts to link him and Lopez.

And they checked the truck itself. Action News uncovered warrants revealing someone had replaced the windshield, side view mirrors, and other parts of the truck, but dents, tape, and suction cup marks made the recent repairs obvious.

The truck belonged to Maravilla's parents and CHP officers found it at their home, and many people have asked on Facebook and Twitter whether they will also face charges.

Capozzi says it's not likely.

"Oh, if there was some evidence that the parents were involved in any way whatsoever, I feel very confident the DA would've filed charges against the parents," he said.

But they're not out of the woods. Even if they don't face criminal charges, Capozzi says they'll probably be the targets of a civil lawsuit.

While their son is still on the hook for the crime, Capozzi says he seems to be doing everything right to minimize his sentence.

"The attorney on this case did a very good job, bringing the defendant in, sitting him down and explaining what happened and - if he did - explaining who the other people involved in this case were," he said. "That, in the end run, will help in any kind of punishment in this case."

Maravilla faces no more than four years in prison for the hit and run and misdemeanor manslaughter charges against him.