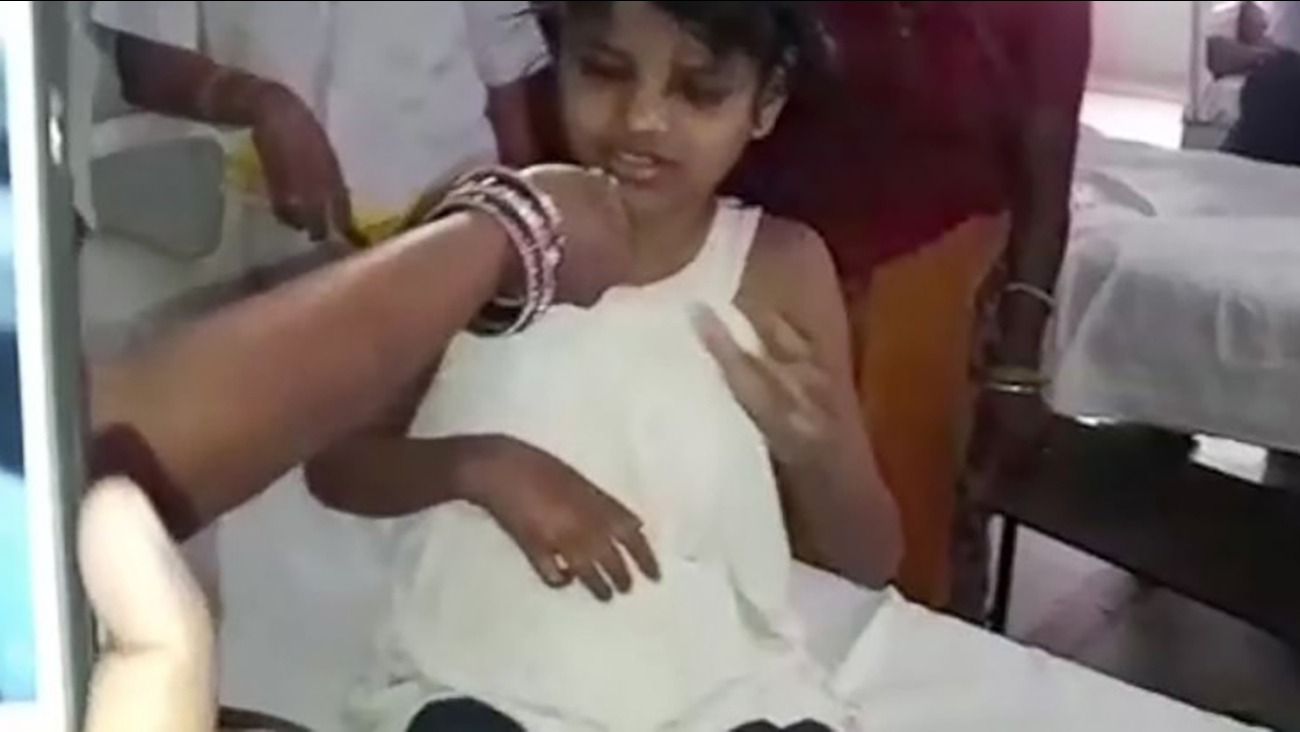 A young Indian girl sits on a bed at a hospital in this image taken from video in Bahraich northern India Thursday April 6, 2017. (KK Productions, via AP)

LUCKNOW, India -- Indian police are reviewing reports of missing children to try to identify a girl who was found living in a forest with a group of monkeys.

The girl, believed to be 10 to 12 years old, was unable to speak, was wearing no clothes and was emaciated when she discovered in January and taken to a hospital in Bahraich, a town in Uttar Pradesh state in northern India.

She behaved like an animal, running on her arms and legs and eating food off the floor with her mouth, said D.K. Singh, chief medical superintendent of the government-run hospital.

After treatment, she has begun walking normally and eating with her hands.

"She is still not able to speak, but understands whatever you tell her and even smiles," Singh said.

"They said the girl was naked and was very comfortable in the company of monkeys. When they tried to rescue the girl, they were chased away by the monkeys," the officer said.

She was rescued later by a police officer in the Katarniya Ghat forest range. "When he called the girl, the monkeys attacked him but he was able to rescue the girl. He sped away with her in his police car while the monkeys gave chase," Tripathi said.

He said police are trying to determine how the girl got into the forest and who her parents are.

She will be sent to a home for juveniles until she is identified, Singh said.
Related topics:
bizarremissing girlindiau.s. & worldmonkey
Copyright © 2021 by The Associated Press. All Rights Reserved.
U.S. & WORLD