4 injured in rollover accident on Highway 168 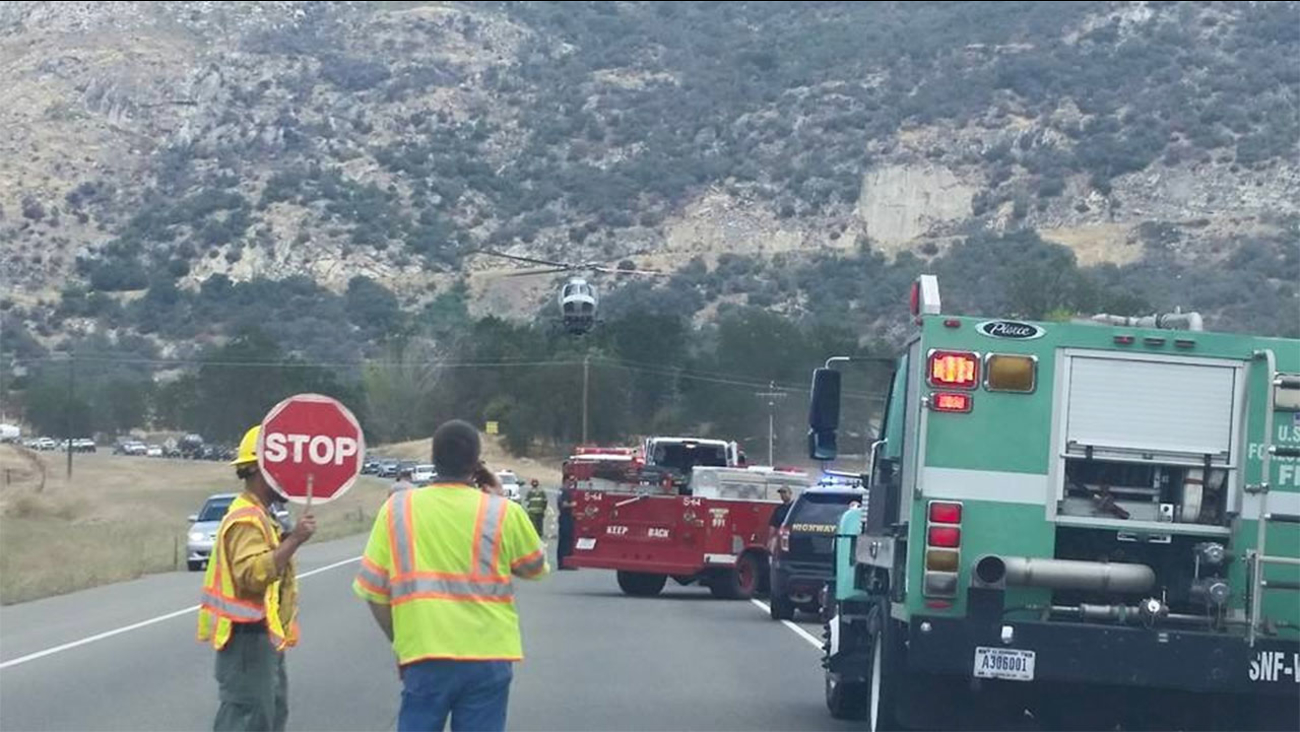 FRESNO, Calif. (KFSN) -- The California Highway Patrol (CHP) said a car flipped over on Highway 168 at the bottom of the four-lanes near Prather, pinning two people inside.

The CHP said just before 1 p.m. on Sunday, a gray Volkswagen sedan was heading west on Highway 168 at high speed, when the driver attempted to pass a slower moving Honda. The Volkswagen side-swiped the Honda and lost control, traveling across the eastbound lanes, then flipped over twice and landed at the bottom of the ravine on its wheels.

Authorities said the highway was temporarily closed while a medical helicopter was brought in to transport a patient to the hospital. The other three people were taken to local hospitals by ambulance.

The CHP said three of the four victims had major injuries at the scene.