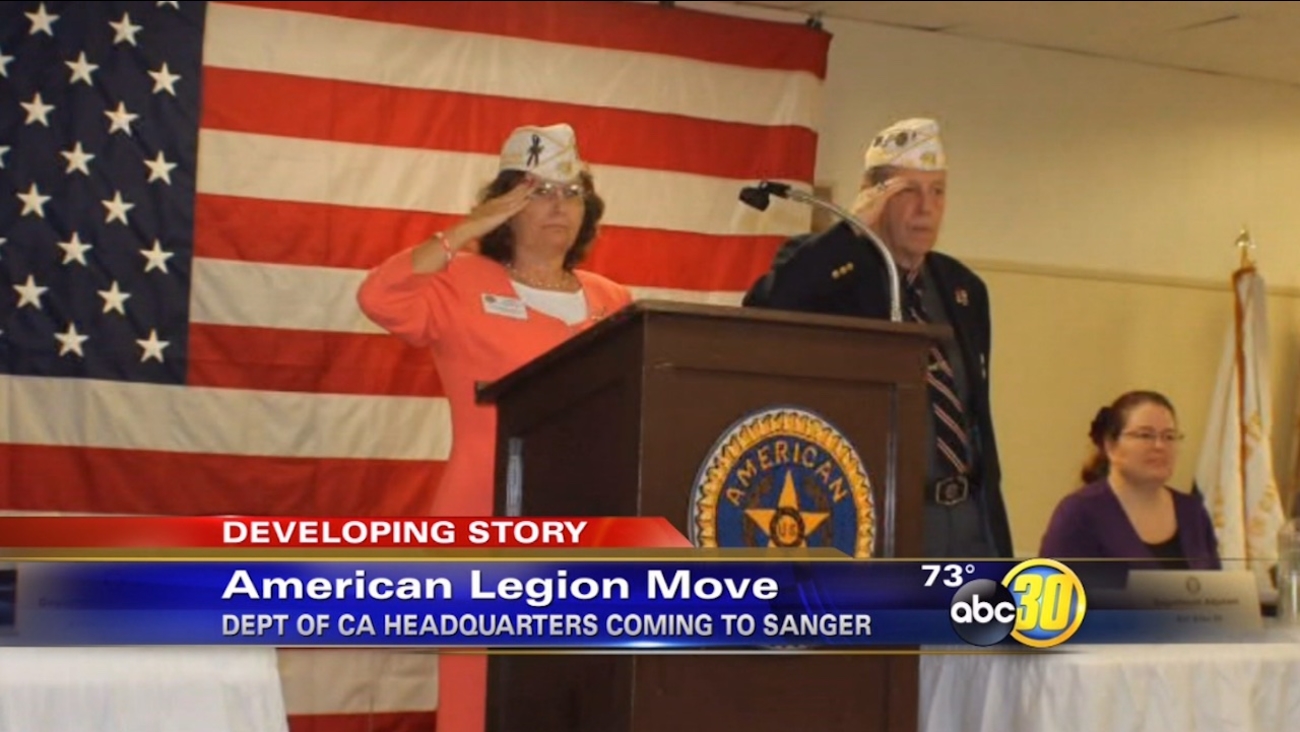 FRESNO, Calif. (KFSN) -- Action News has confirmed the American Legion Department of California is moving its headquarters to Sanger.

The American Legion is the world's largest veterans organization. The Department of California represents more than 80,000 veterans across the state.

Its current judge advocate, John "Doc" Bart, says the headquarters have been in San Francisco since at least the 1930s. But members were looking for a more central location to better serve veterans here in the Valley, as well as those in Southern California. So on Saturday, they officially voted to move the post to Sanger.

Bart says the department is in negotiations for a building on 7th near West. It would house six full-time employees, plus several other offices for programs of the American Legion and other agencies that offer services for veterans.

Bart says the city of Sanger has welcomed the Legion with open arms, and the goal is to complete the move by September or early October.