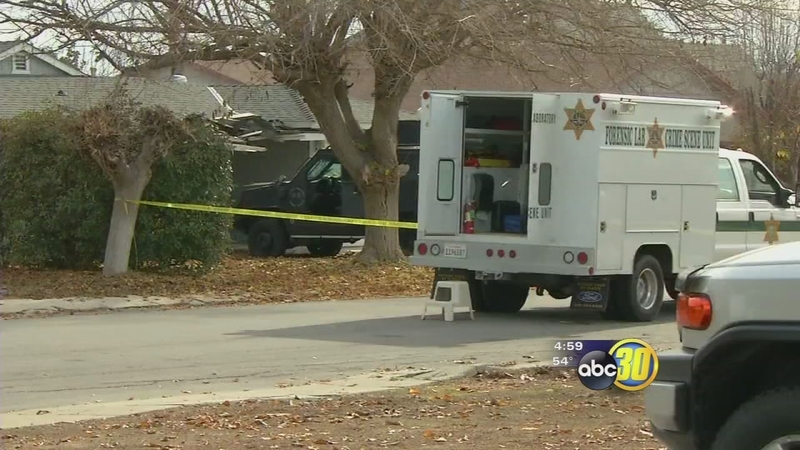 FRESNO, California (KFSN) -- Neighbors in a Coalinga neighborhood woke up to the sound of gunfire Wednesday morning. Like Ken Smith, who thinks he heard two shots, then a series of five.

"Then I heard someone yell out, 'get your hands out, get on the ground,' then it got quiet."

The US Marshals Service called on the Fresno County Sheriff's SWAT team to help them serve a search warrant at a home on West College Avenue. They had information to believe that a 2015 Riverside double homicide suspect was staying at the house.

At around 7:30 a.m., Fresno County Sheriff's spokesman Tony Botti said deputies surrounded the home, and when they gave orders to come out, a man armed with a handgun emerged.

"He started shooting toward our deputies which caused our deputies, one deputy to fire back, striking that suspect."

The man died at the scene, and Fresno County Sheriff's officials have not yet identified him.

UPDATE: Coalinga OIS suspect has died, according to @FresnoSheriff. Still waiting to see if he's double homicide suspect out of Riverside. pic.twitter.com/NsXR7zzwGj

Three adults and two children were also home when it happened, but no one else was injured.

The Marshals were looking for one of two men wanted for a shooting that left two other men dead in Riverside more than a year ago.

One of the suspects was seen on surveillance video released by Riverside police.

"This is quite the shock, especially in this neighborhood, you know, we don't get stuff like this around here," said Smith.