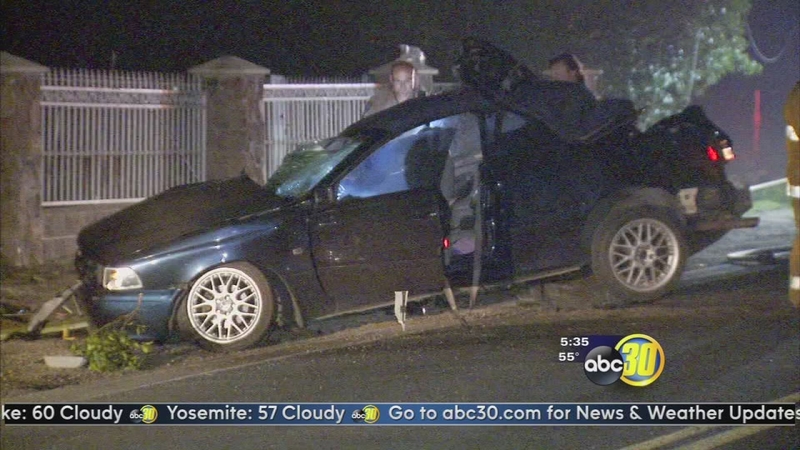 Witnesses say they saw a motorcycle trying to pass a car at up to 90 miles an hour around 10 p.m. Tuesday near Road 64 and Avenue 424. Investigators say the sedan lost control and hit the motorcycle rider. The man was thrown from the bike, but was not hurt. Officers say the driver kept going hitting a fence and power pole.

"A local Dinuba police officer said he saw an explosion, while he was in town, out in the country, so he drove over to investigate and came across the collision," said Sgt. Michael Donnelly, California Highway Patrol.