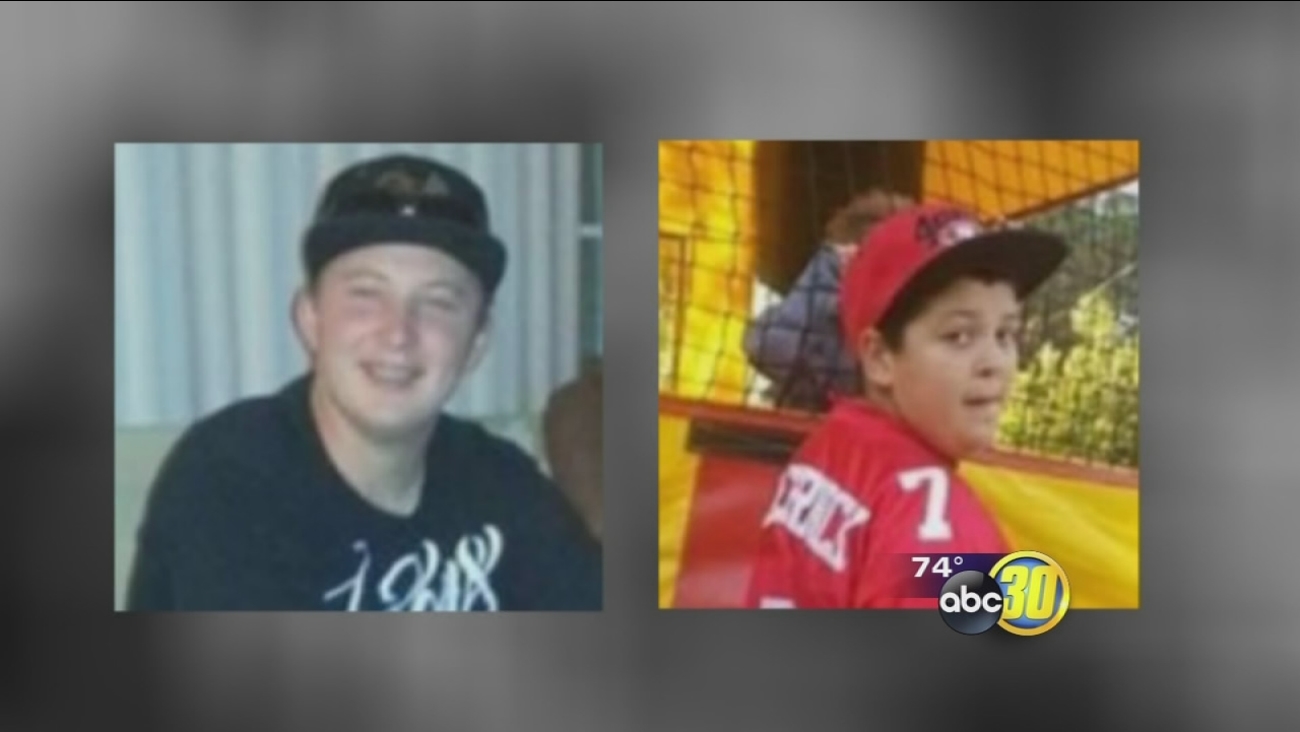 Investigators say Merrick Asher ran a stop sign while driving down a rural road near Raisin City and collided with a truck. (KFSN)

FRESNO, Calif. (KFSN) -- A wreck claimed the lives of two teenage brothers in Fresno County on Saturday and their family is still reeling.

Investigators say Merrick Asher ran a stop sign while driving down a rural road near Raisin City and collided with a truck. He and his little brother, Mason, were both killed instantly.

Between the surviving two brothers, there is a lot of pain.

They lost two siblings -- including the youngest of eight.

The only comfort Marshall Smith says he has is knowing they died together.

Merrick and Mason Asher were just teenagers, ages 17 and 15, from Caruthers.

"Merrick was Mason's idol," Marshall said. "He wanted to be just like his older brother, he never got the chance."

They went on a road trip to the lake with their 14-year-old uncle and Merrick's girlfriend.

"They say my brother ran the stop sign," Marshall said.

The impact killed the two brothers and the other two passengers were taken to the hospital, along with a third boy from the truck.

The 14-year-old is still there with broken ribs and a ruptured spleen.

Barner says his son doesn't remember much of the crash.

"Move it, put a bigger one, a brighter one, I don't care. At least then, no other family will go what we're going through," he said.

It's a loss of two brothers who didn't get a chance to grow up.

"One day, I just hope I get to see them again," Barner said.