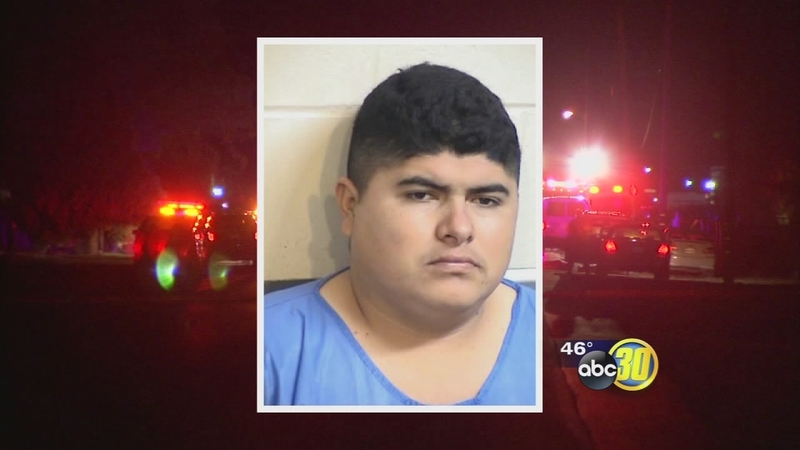 Authorities said it's not the first time 24-year-old Jose Andrade-Blanco got behind the wheel while intoxicated. Jeronimo Diaz is in critical condition and with a fractured skull after the crash happened just before Thanksgiving, but his son Juan never even made it to the hospital.

Now, the remaining Diaz family members are fighting for justice. They're on their sixth day of mourning. When tragedy hits one family in a small town like Biola, it affects everyone.

Six days after a deadly crash in Biola, Blanco is facing murder charges. Of the Diaz family members, Eva was the first to hear.

Last week, Eva's brother Juan, his father Jeronimo, mother and brother were leaving the house for San Diego. Not even 30 seconds later, the California Highway Patrol said Blanco smashed into them, killing Juan immediately and critically hurting his dad.

"They told us that it's going to take a long time but they have hope for him," Eva said.

It didn't take six days for one of Eva's brothers to recognize the man responsible.

"He had encountered him at the bar down the street from the house," Eva explained.

A few months ago Eva's brother said the suspect bumped into his car while backing up.

"He knows he had been drinking because he had just gotten out of the bar," she said. "He shouldn't have been driving that night."

Eva said her brother chose not to pursue charges and let him go. That's not the case this time.

"I'm glad that he's locked up and he's not going to do harm to anyone else," she said.

The CHP said Blanco was convicted of a DUI prior to this crash. So, it's no surprise the Fresno County District Attorney's Office is pursuing a murder charge in this case.

They've recently been successful in prosecuting DUI cases as second-degree murder, especially when a person has been warned about repeating behavior that can harm others.

Blanco is in court on Wednesday for his arraignment, and it's where he'll face a judge and likely the Diaz family members.