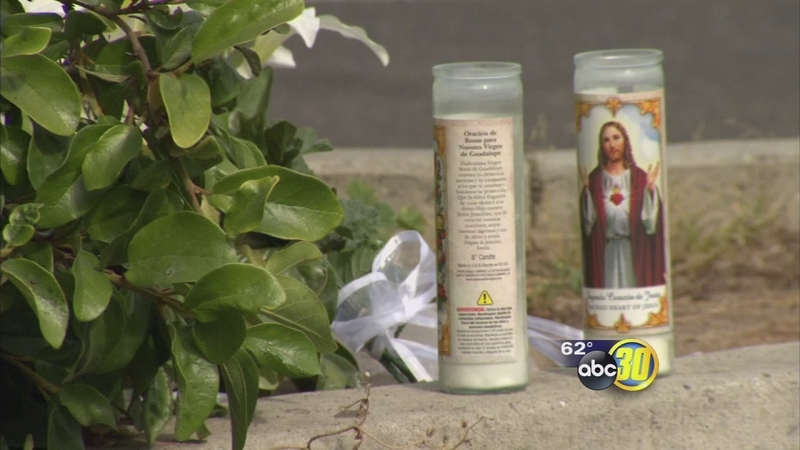 FRESNO, Calif. (KFSN) -- Police are trying to locate the family of a homeless man found murdered near a dumpster in Downtown Fresno this week.

People in the homeless community say they are often victims of violence. Gregory Costa did not know 51-year-old John Gerald Holiday the homeless man whose body was found near a dumpster on Tulare Avenue and U Street Tuesday.

Fresno Police said Holiday was found with something tied around his neck and appeared to have suffered facial trauma. Costa says assault against people in the homeless community happens far too often and he says it has even happened to him.

"I was sleeping in a park," Costa said. "I was an easy target so I get whacked with a stick it makes sense it really does."

Being an easy target is what Costa says is one reason he thinks the violence is happening more.

"People will pick weaker people to go after," Costa said.

And it's people of all ages. About a month ago, a group of kids ranging in age from 12 to 14 were accused of attacking and robbing homeless people in Southeast Fresno.

Then back in November, Kirk Voight was arrested for assaulting a homeless man at a car wash on the corner of Palm and Olive in the Tower District.

Jesse Garcia who has been homeless for four years says aggressive behavior towards people like him happens daily. He tells Action News he sleeps at a certain place each night just to keep safe.

"I sleep like right around the building of the hospital security doesn't mind it at all other areas are really dangerous," Garcia said.

"There's thousands of homeless people on the streets tonight, and there are, at best, a couple hundred beds where homeless can sleep," Rhodes said.

And Costa hopes those responsible for targeting the homeless community will pay the price for the crime they commit.