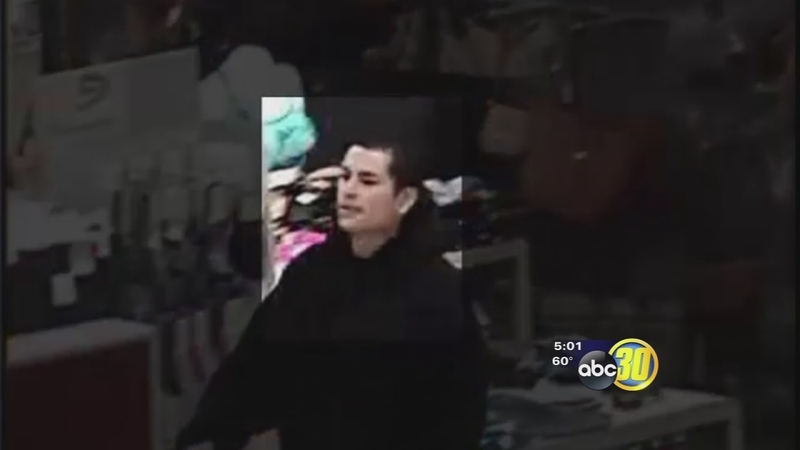 FRESNO, Calif. (KFSN) -- Video from inside a Target store caught the face of an alleged robber. It is a face Target employees already knew pretty well.

"He'd been in here before and had committed thefts here before. Loss prevention officer's looking at the cameras. He sees the suspect, recognizes him as coming in here before," said Lt. Joe Gomez, Fresno Police Department.

Video from inside the store shows the guy doing exactly what the loss prevention officer remembers him doing before. He has a bag he picked up at a neighboring Verizon wireless store when he walks into the electronics area. He grabs some headphones, puts them in the bag, and walks away.

Cameras picked up some good video of him as he made his way to the exit, where a loss prevention officer tries to stop him. He wasn't ready to give up, though, and instead police say he turned the crime up a notch.

"Suspect pulls up his shirt, shows a black handgun in his waistband and says 'Don't make me clip you', meaning 'Don't make me shoot you', so loss prevention officer lets him go," said Gomez.

Video from outside the store shows the employee giving up as the guy walks away.

But while shoplifting a pair of headphones is a simple misdemeanor, the suspect left the store as an accused felon.

"When he uses the force, the threat of 'I'll shoot you with this gun', then it's a robbery and a pretty serious deal," said Gomez.