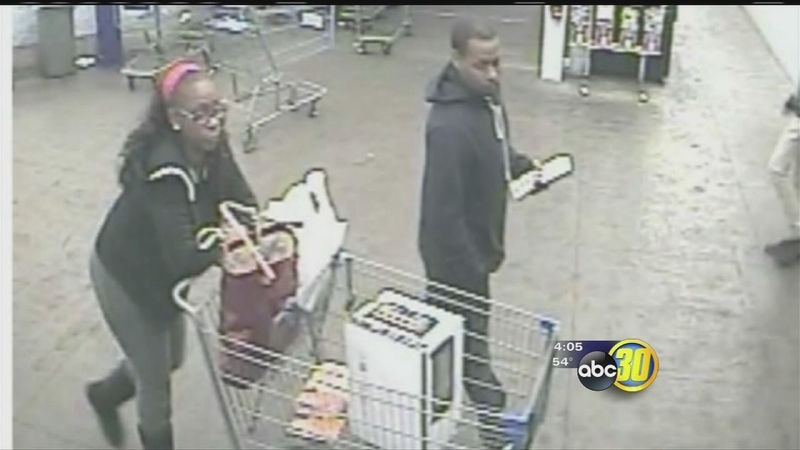 HANFORD, Calif. (KFSN) -- Hanford police are searching for 44-year-old Lakanda Horn and another man seen on Walmart surveillance video. The two are believed to have cloned eight different credit cards and used them at various stores in Hanford and Visalia.

Police said Horn has charged about $3,000 to the cards.

"And what we're trying to do right now is determine how they got those numbers," said Captain Karl Anderson, Hanford Police Department.

Hanford police started their investigation earlier this month when victims alerted them to the fraud.

Investigators served a search warrant at Horn's home on December 9th and found items purchased with the cloned cards.

But Horn was not home and has not been seen since.

Police said all victims had credit cards with Fast Credit Union, which has branches in Hanford, Lemoore, and Avenal.

"It's kind of odd that we have a lot of them from the same financial institution, but that could be a coincidence. You know Fast is a large organization here in Hanford," said Anderson.

It has not been determined exactly how the information was stolen, but Anderson encourages everyone to be aware of where and how they are using their credit cards, whether online or in person.

"Make sure the clerks aren't walking off with it or going someplace with it-- that they're using it right there in front of you."