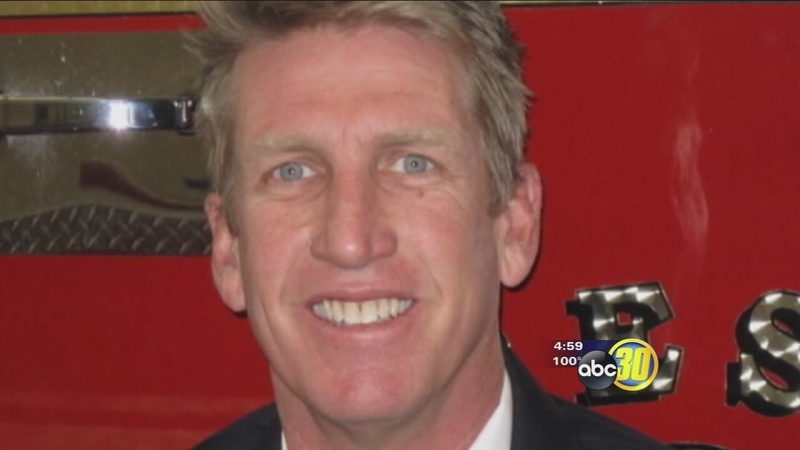 FRESNO, Calif. (KFSN) -- Family members say Fresno Fire Captain Pete Dern is making good progress ever since he fell through the roof of a burning home back in March.

You've heard people say "we're living one day at a time." For the Dern family, those words really ring true. Family milestones have been spent at the burn center, but they say they're doing it together, and they've got the support of an entire community behind them.

What happened to Captain Dern gripped the nation. Dramatic cellphone video caught his fall -- Dern dropping into a burning home, his team members rushing to pull him to safety.

From that moment, his wife, Kelly, knew she had only two options. She said, "I can make a choice: I can stay at home, crawl in a hole, not face what's out there, or I can get up, grab hold of the day and make it the best I can."

And she says also, from day one, was the brother and sisterhood of an entire department. "I just don't think I could have done it without that," Kelly Dern said.

There have been fundraisers, Internet campaigns, and most recently a softball tournament that gathered teams from around the state. They were playing not just for fun, but for Dern and for Fresno Police Officer Tim Murray, who had a stroke at Disneyland in December. The proceeds from that friendly game between cops and firefighters are now split between the two families.

Like Dern, Officer Murray is on his way to recovery. And just like that of the Fresno Fire Department, he's got the backing of the men and women in blue -- an entire force of officers.

His wife believes they wouldn't have otherwise survived what seemed impossible. "If it wasn't for some of those people that showed up, I think it's kind of what got us through the first couple of days," Leann Murray said.

Each family was given a check for $8,700 -- money that allows them to focus on recovery, rather than medical bills. It's a community effort that unites two families over the unimaginable.

Dern's wife says she hopes her husband's story raises awareness about the dangers of firefighting and the need for more resources.