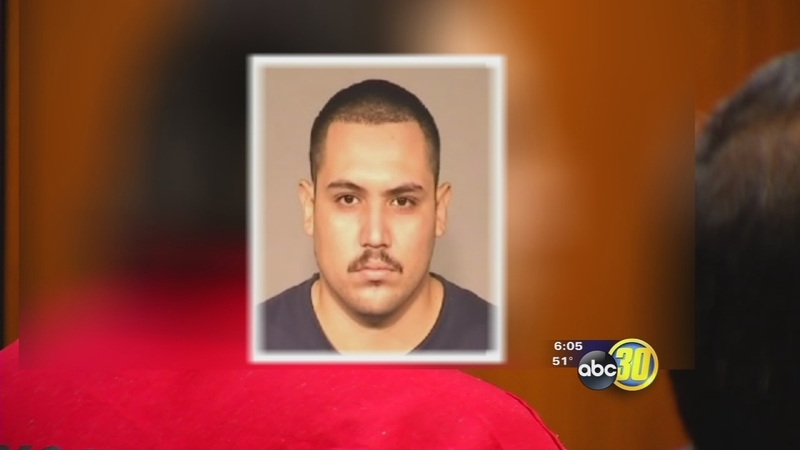 FRESNO, Calif. (KFSN) -- The man convicted of voluntary manslaughter in a Tower District stabbing was given the maximum sentence Friday.

The victim's family told Davin Rodriguez they hope he has many restless nights for taking Jerald "J.J." Riley's life.

Many lives changed on October 5, 2014, after a homicide took place in Fresno's Tower District. It took months for police to track down the suspect, but DNA evidence tied Rodriguez to the scene. After a trial and mixed verdict, the victim's family said they got the best Christmas gift, justice.

"What he did was a deplorable act, an act of murder is unforgivable," said Courtney Voorhees, Riley's sister. "I hate him, and I hate what has happened to my family."

Rodriguez had no reaction as the victim's family told him, although he may be locked up, they too are imprisoned by pain.

"The hardest part was not only him dying but dying this way, so brutal, so bad," said Riley's mother Vanessa Bradley. "That he died by himself on the sidewalk. No one was there to help him."

Riley was stabbed nine times with a 14-inch knife. Rodriguez claimed he was only acting in self-defense, but the victim was not armed. Last month, a jury found Rodriguez was not guilty of second-degree murder but guilty of voluntary manslaughter. The judge said there other were additional factors that made this crime aggravating.

"The number of stab wounds, the nature in which the victim was left on the street to die, the destruction of evidence, the evasion of police," judge John Vogt listed.

The defense attorney told the court Rodriguez is youthful, remorseful and has no prior adult criminal record. But the victim's family said what matters more is what happened that ended in Riley's death. His older sister Christine said she feels his absence every day.

"He was the calm of the family," she said. "Always finding a way to make you laugh even when you didn't want to. He loved watching the 49er's play football - blasting the TV as loud as he could."