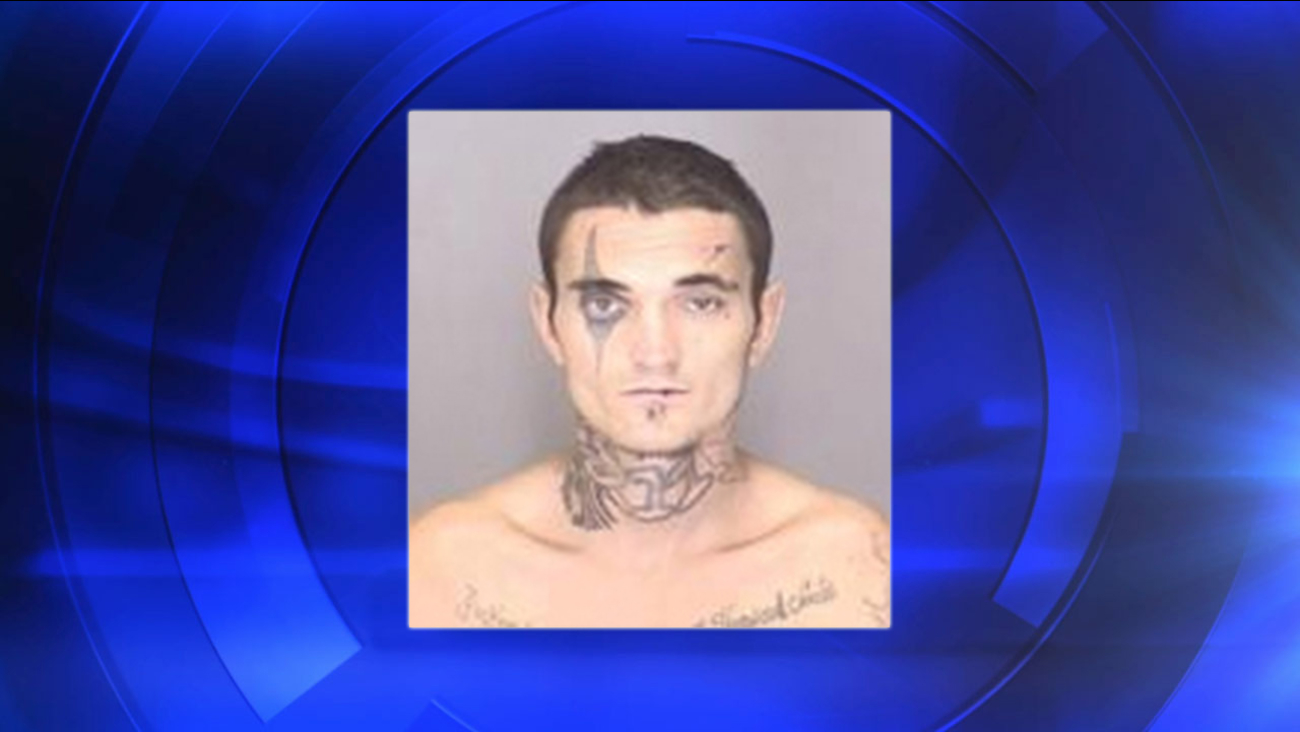 FRESNO, Calif. (KFSN) -- A man was arrested on suspicion of robbing a bank in Merced Saturday afternoon.

Merced police say Shawn Lee Canfield, 25, walked into the Chase Bank inside the Raley's grocery store on G Street and Yosemite Avenue around 1:40 p.m. and handed the teller a card demanding cash. Authorities say the teller handed over $2,748, and the suspect took off.

Officers say they were responding to the scene and caught up with Canfield near G Street and El Portal Drive as he was trying to shove money down his pants. The teller was taken to that location and positively identified him as the suspect.

Investigators say Canfield admitted to the bank robbery and said he needed the money to get to Colorado to visit his mother.

Canfield was arrested and booked into the Merced County Jail for robbery and burglary.