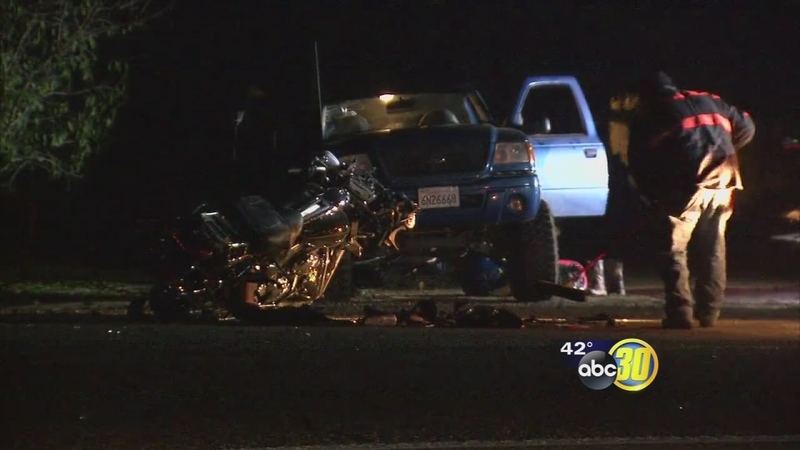 The motorcyclist was dead at the scene.

Officials say the motorcyclist was about 50-years-old and from Coalinga but they are not releasing his identity yet.

The truck driver was released from the scene but could be facing serious charges.

CHP said when people are traveling on dark country roads accidents like this one are very likely.

"It's horrific. I tell you, I've been doing this for 22 years and it's not something that you ever get used to it," said Sgt. Mike Trenholm, CHP .