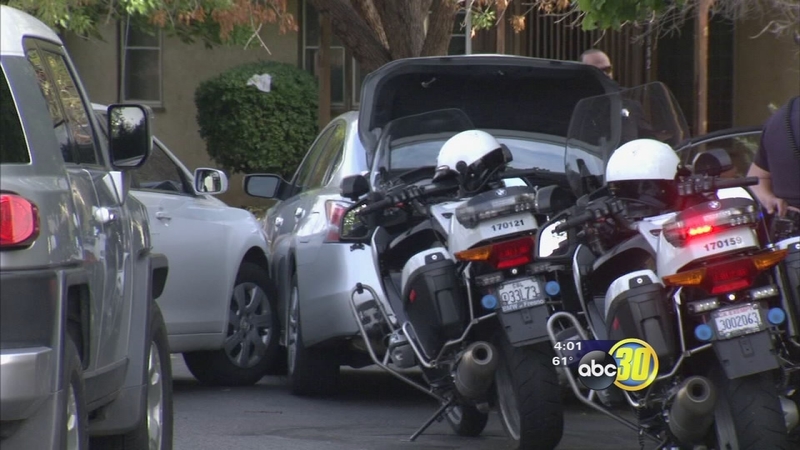 FRESNO, Calif. (KFSN) -- Police say two armed men robbed a recycling center at gunpoint before taking officers on a chase through the city.

Officers say when a portable recycling center opened Tuesday morning, two men wearing disguises robbed the worker. After a long pursuit, Fresno police finally tracked down 27-year-old Crystal Leyba Tuesday morning at her home on Mayfair and Sixth. An undercover officer rammed the Nissan Altima she was driving to finally get her to stop. Once under arrest, officers say she had evidence of the crime in her car. "I looked inside there. The till from the recycling center is there in plain view, but it's unknown if the guns are in there right now," said Lt. Joe Gomez, Fresno Police Department.

Investigators say Leyba was the getaway driver who picked up two men, wearing bandanas over their faces, after they robbed a recycling center at gunpoint. Police say she dropped the suspects off at Maple and Simpson, then continued on. Officers found one male suspect hiding in a backyard along with a gun they believe was used in the crime.

The chase went through Fresno, near Fresno State, and into Clovis.

Police are now trying to figure out if the group is involved in other similar crimes. "Interestingly, there was a robbery last week that went on. It was at Valeria and Belmont, recycling center also, Hispanic male and a carjacked explorer-- so possibility they could be related," said Lt. Gomez.

Investigators aren't sure about Leyba's relationship to the male suspects, who appear to be in their 20's. One did get away from police after they jumped out of the car.

The worker was not injured during the robbery.