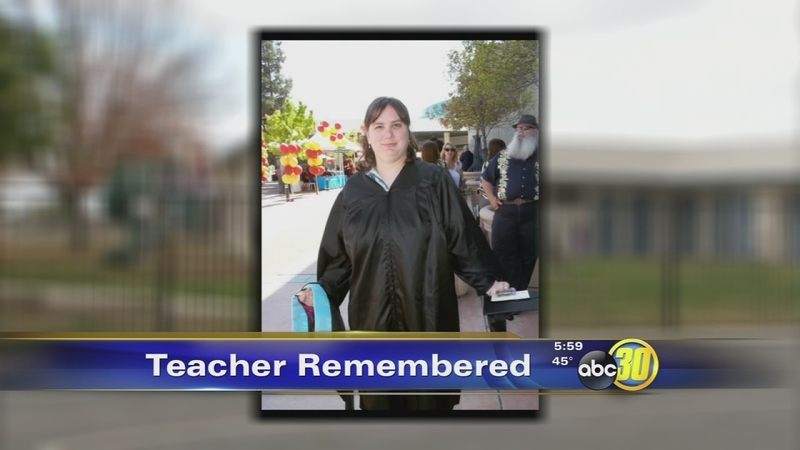 FRESNO, Calif. (KFSN) -- The patient killed in last week's SkyLife helicopter crash has been identified as a popular substitute teacher from Tulare County.

Brown taught at several schools in Tulare County and co-workers tell us her love of kids was obvious.But she got sick at work last Thursday and never made it home. The urgent mission for a SkyLife helicopter last Thursday was to restore Kathryn Brown to health.

When the chopper crashed in a Kern County field, Brown was among the four people killed. Word of her death spread quickly through Tulare County schools, including Woodville Union where she left her mark over a few years as a substitute teacher. "When they told me her name, I was just in shock," Rodriguez said. "I couldn't believe it. Because I had just seen her two, three weeks ago she was subbing for our classroom."

Brown was at work at Sunnyside Union Elementary Thursday, but she got sick and went straight from school to Sierra View Hospital in Porterville. Hours later, she boarded the doomed helicopter bound for Bakersfield.

Brown was a fan of online games and country music, but co-workers say her work was a top priority. "We really could count on her," Rodriguez said. "She was always here on time. She stayed a little later with kids. If kids needed help, she was here to help."

And Brown didn't choose just any schools to help out. She picked country schools where students had the same kind of financial struggles she went through as a kid. "She did like coming to the more underprivileged, helping the underprivileged schools," Rodriguez said.