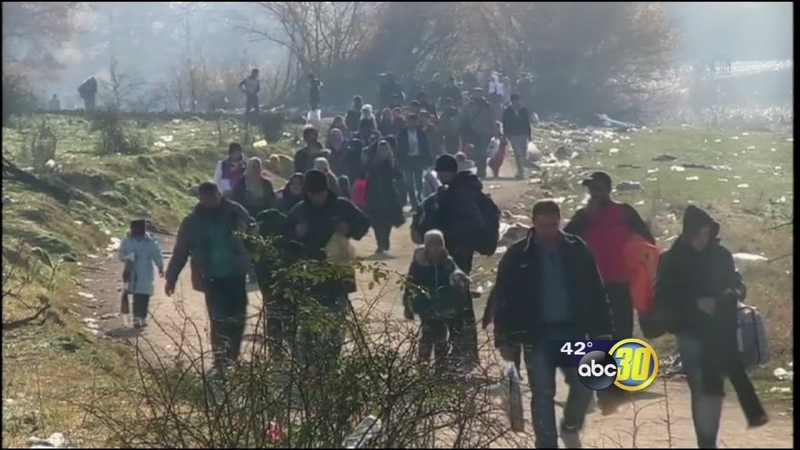 FRESNO, Calif. (KFSN) -- The likelihood of Syrians relocating to Fresno County is slim according to one local organization. But over the next year president Barack Obama plans to have the U.S. take in 10,000 refugees, so it is possible.

Tout Tou Bounthapanya keeps a tight schedule. Her desk is just as packed with memories of a distant home and people she's helped along the way. She's a community health worker and helps refugees relocate to Fresno County. "We want good citizens we want good people we want good refugees," said Bounthapanya.

Fresno Interdenominational Refugee Ministries hasn't yet helped anyone from Syria. But Bounthapanya can relate to their journey. She made it here herself from war-torn Laos. "When you are losing everything and you start over at your old age it's very difficult," she said.

Governors from 21 states were outspoken just days after the attacks and say they won't take refugees. But in California, there's hundreds of Syrians already in the state. And Governor Jerry Brown said with careful vetting, the state will take more. Senator Dianne Feinstein expressed her support Monday. "The president has said our vetting will be full and comprehensive. and it's up to us on the legislative side to see that that in fact happens," said the senator.

In Fresno County, refugees from around the world already make up 10% of the population according to a F.I.R.M leader. So it's unlikely they would be moved to the area. But if they were Bounthapanya said she's ready to help.