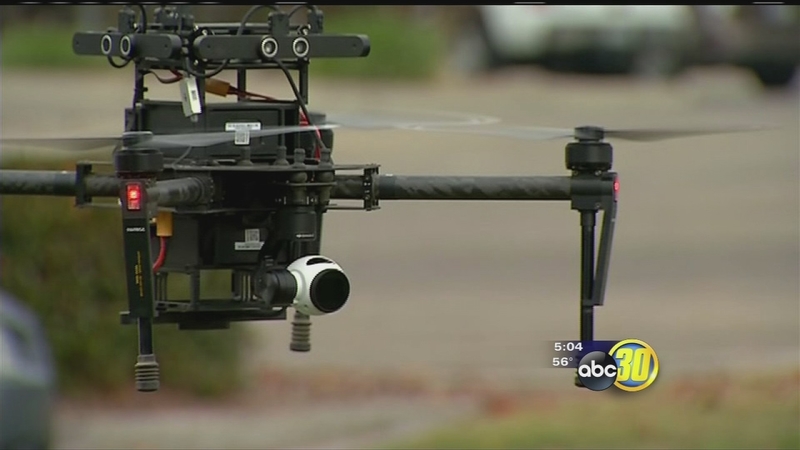 Sgt. Kevin Kemmerling says the new technology is a capability multiplier for the sheriff's office-- one that will save the county and taxpayers money, and better serve the citizens of Tulare County. He says those citizens won't be surveilled randomly, as the use of the drone will be mission-specific.

"High risk search warrants, to search and rescue missions, I think we'll use it a lot for crime scene documentation where we can really get an overview of large crime scenes," Kemmerling said.

Basically, the drone will give deputies a birds-eye view of activity up to two miles away.

Through GPS, deputies will always know where it is, and if it runs low on battery life, it will return to home-base. They can also record the live video, and book it into evidence later.

The drone has an avoidance detection feature so if an object moves too close to it, it will alert the operator, and then move away from the object.

"We can (modularize) it," Kemmerling said. "So we can put on different types of avionics and observation equipment, recording equipment to suit the mission that it's being applied to."

Sgt. Kemmerling says they will eventually add infrared technology to it. They may even buy more drones in the future. But for now, the focus is on the one in flight, which is ready to execute missions at a moment's notice.

Sgt. Kemmerling says the sheriff's office is subjected to the same drone limitations as the public.