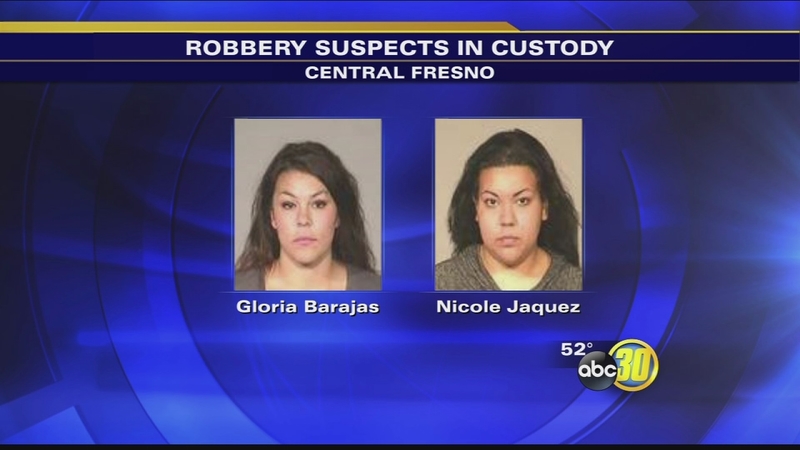 FRESNO, Calif. (KFSN) -- Fresno police have arrested two suspects in connection to a robbery that left a woman with several broken bones to her face.

According to the victim, she was walking near Chestnut Avenue and Highway 180 when she was confronted by 22-year-old Gloria Barajas and 23-year-old Nicole Jaquez. The suspects proceeded to attack her before stealing her cell phone and running away.

The victim managed to lead police to a location where she thought Barajas and Jaquez lived. When officers surrounded the home both women tried running away but were eventually caught.