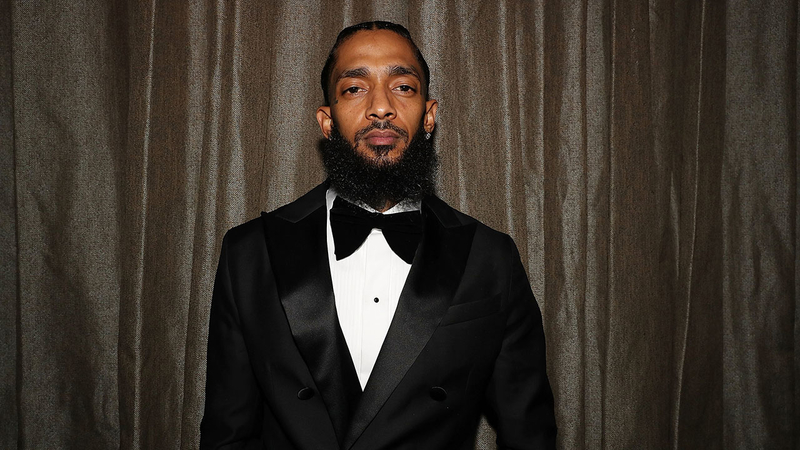 HYDE PARK, LOS ANGELES -- Fans are remembering Nipsey Hussle Thursday on what would have been the slain rapper's 34th birthday.

Hussle, born Ermias Joseph Asghedom, was shot and killed in front of his The Marathon store March 31 in Hyde Park.

The clothing store posted on its Instagram page it has not endorsed any gathering or event around the store Thursday, but groups of fans were seen stopping by early morning to pay their respects. It is believed more fans will stop by.

Community and religious leaders say they will be gathering nearby the store to release balloons and have a prayer at 10 a.m.

The rapper's birthday was trending on social media early morning with the hashtag #TheMarathonContinues.

Fencing has been placed around his clothing store to start the early development stages of a tower to commemorate his life and legacy. The Marathon has remained closed, although fans have been able to purchase items online.

An outpouring of grief followed Hussle's killing, will murals popping up around Los Angeles in his honor. The beloved hip-hop artist's untimely death generated countless tributes from musicians, elected officials and professional athletes.

Thousands packed the Staples Center for an emotional memorial service to Hussle a few weeks after his death, which was followed by a procession with people lining the streets of L.A.