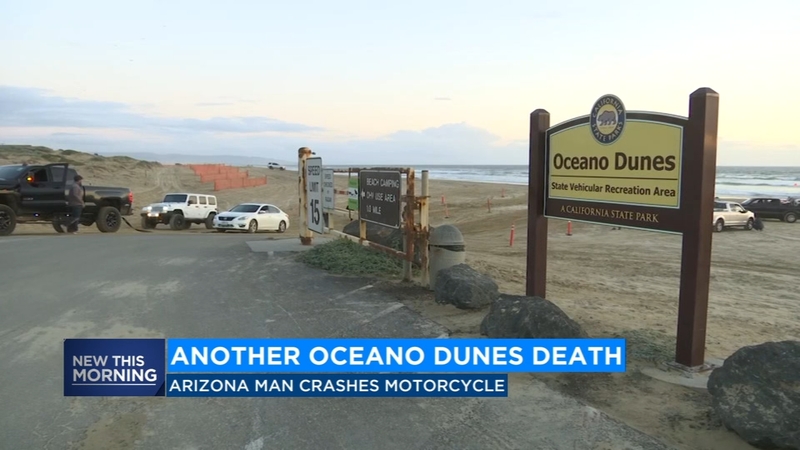 FRESNO, Calif. (KFSN) -- An Arizona man died after he was thrown from his motorcycle at the Oceano Dunes, according to the San Luis Obispo Tribune.

State Park officials and lifeguards responded to the crash to just before 7 p.m. Thursday, to find 48-year-old Mario Olivas unconscious and without a pulse. He was pronounced dead at the hospital.

The crash is the fifth off-road riding related fatality at the Oceano Dunes since April.

The crash occurred hours after the California Coastal Committee decided it will bring no changes to the park. Thursday evening, the committee said proposed changes will be sent to the state and discussed again in the summer of 2020.

Hundreds of people crowded into the Embassy Suites hotel in San Luis Obispo, including Central Valley residents, to raise their concerns about proposed changes to the park.

"In two and a half or three hours we can be over here having fun, anywhere else we go it's a six-hour or sixteen-hour drive," said Ed Schiedel from Fresno.