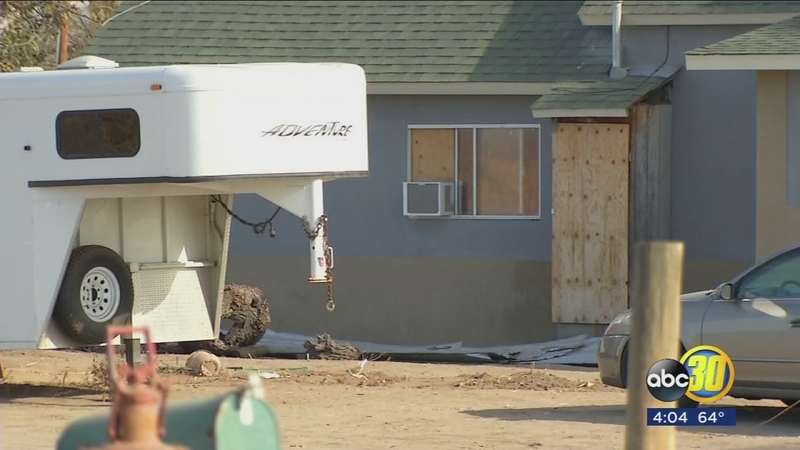 "(They) had problems in the past with each other and I think it was a crime of opportunity," said Lt. Gabe Macias.

The suspects, identified as 23-year-old Jorge Barragan and 53-year-old Elodio Barragan, are father and son.

Deputies learned where they lived, just down the road. They found the father there and detained him.

"(The) firearm was still outstanding so our sergeant wrote a search warrant for the house and we located numerous firearms and assault rifles along with a large amount of marijuana that was processed, and
cash."

Deputies found 200 pounds of marijuana, to be exact, and at least a handful of firearms, including assault rifles and the handgun that was pulled on the victim.

Authorities say a loaded gun was also found in an area where a child who lives on the property sleeps.

Lt. Macias says it's a good thing that those guns are now off the streets.

"Especially when they have a propensity for violence, threatening somebody, we don't know where that may lead to if it escalates," he said.