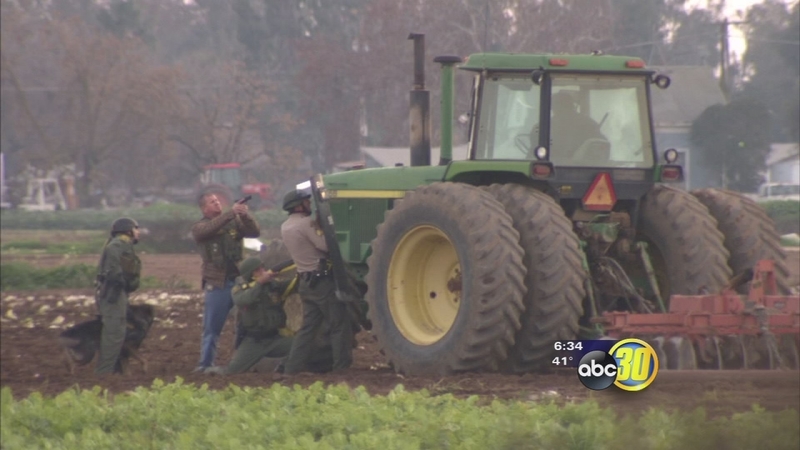 FRESNO, Calif. (KFSN) -- An odd and dramatic scene just played out in Southwest Fresno where a man armed himself with a steak knife and locked himself inside a large tractor.

The suspect refused numerous commands to come out of the tractor. He reportedly had just had an argument with a landlord. After about 20 minutes, Fresno County Sheriff's deputies approached the tractor, broke a window and pepper sprayed the man. He still would not come out so deputies then used bean bags which were also ineffective.