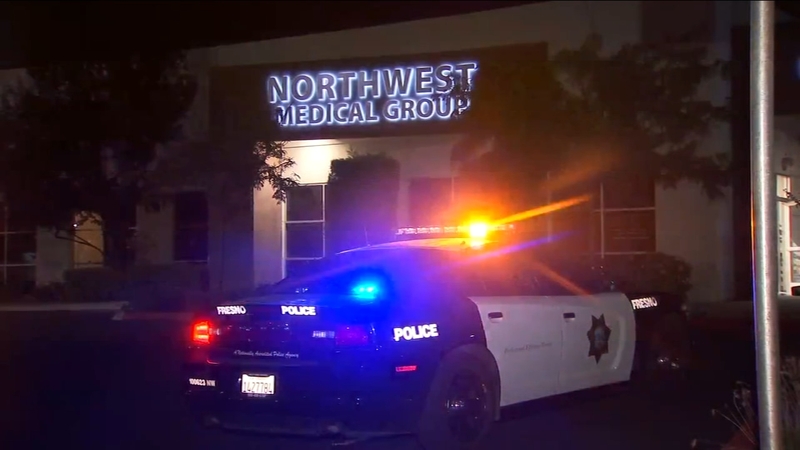 Police officers were there in just a few minutes right when two suspects were trying to leave through a window they broke with a rock.

"There's a glass window at the top. They were climbing out of that window. He saw them climb out of the window, they saw him, they ran, and they split up in opposite directions. They had a getaway car," said Lt. Joe Gomez, Fresno Police Department.

Investigators say the two suspects met up with a least one other suspect in a getaway car.

A short chase took place, but police called it off because of high speeds and the suspect of the getaway car running red lights.

Police are now looking for a Silver Chevy Trailblazer and three men in their 20s, with a medium build.

Lt. Gomez says the suspects were likely looking for Codeine, Xanax or Oxytocin.

"They took some property, and they had it in trash cans and bags from inside, with some drugs inside, but they left it here, so they didn't get away with anything."

The owner of Northwest Medical Pharmacy says his business is no stranger to this type of activity.