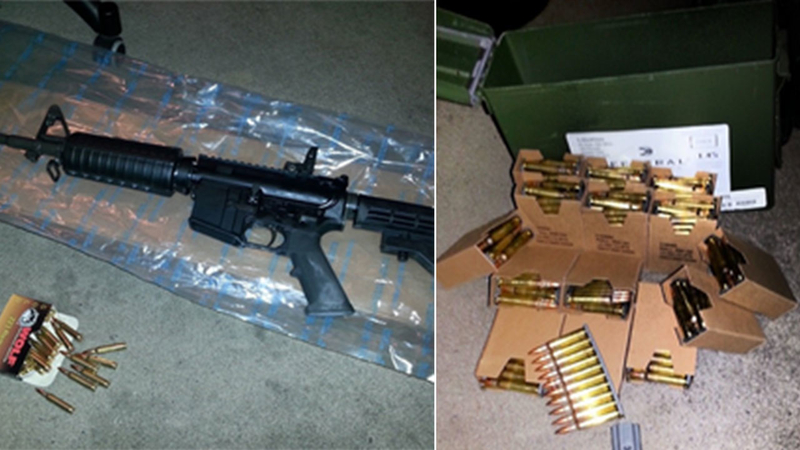 WOODLAND HILLS, LOS ANGELES -- A former Pierce College student was arrested for posting a threat on Facebook, which triggered a lockdown and evacuation of the school Thursday morning.

Students were evacuated from campus at approximately 8 a.m. as a precautionary measure, according to Los Angeles County sheriff's officials.

The school posted on its Facebook page that authorities were searching the campus after a threat was made on social media that someone might come to campus with a gun. Detectives worked through the night and decided to evacuate the school shortly after 8 a.m.

"The campus was pretty much evacuated within 30 to 40 minutes," Pierce College President Kathleen F. Burke said.

Sergio Castanon Jr., 26, of Northridge was arrested off campus at about 11:45 a.m. Information on how detectives tracked the suspect down was not released.

Students gathered around the school's entrance at the intersection of Victory Boulevard and Winnetka Avenue, swapping pieces of information of what they heard or read.

"Well, I heard it was some kind of imminent threat that someone wanted to hurt someone. I'm not sure who wants to hurt who, but I just hope everything turns out alright," said Ben Schnitzer, a student.

The school reopened and classes resumed at 3:30 p.m., but certain services on campus were limited.

Castanon was booked for criminal threats, possession of high capacity magazines and illegal ammunition. He is being held on $50,000 bail.