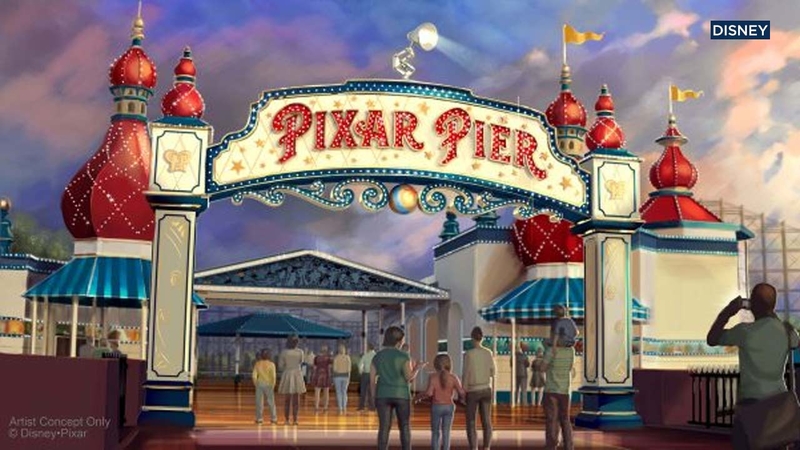 Formerly called Paradise Pier, the renovated space will open up on June 23 and will include new attractions, foods and merchandise.

Guests will enter Pixar Pier through a new marquee, which will be topped by the iconic Pixar lamp later in the year.

An artist rendering shows the Incredicoaster at the new Pixar Pier at Disney California Adventure.

The Pixar Pier will also include the Incredicoaster, described by the park as "a super combination of character figures, lighting and special effects that will bring the Parr family racing alongside you in a high-speed adventure."

There will also be a new float for the Paint the Night parade that will feature characters from "The Incredibles." The characters will display their powers with high-tech, pop-art effects.

An artist rendering shows a new float for the Paint the Night parade at Disney California Adventure.

The Paint the Night parade makes its Disney California Adventure park debut when the first-ever Pixar Fest celebration begins throughout the Disneyland Resort on April 13, the park said.