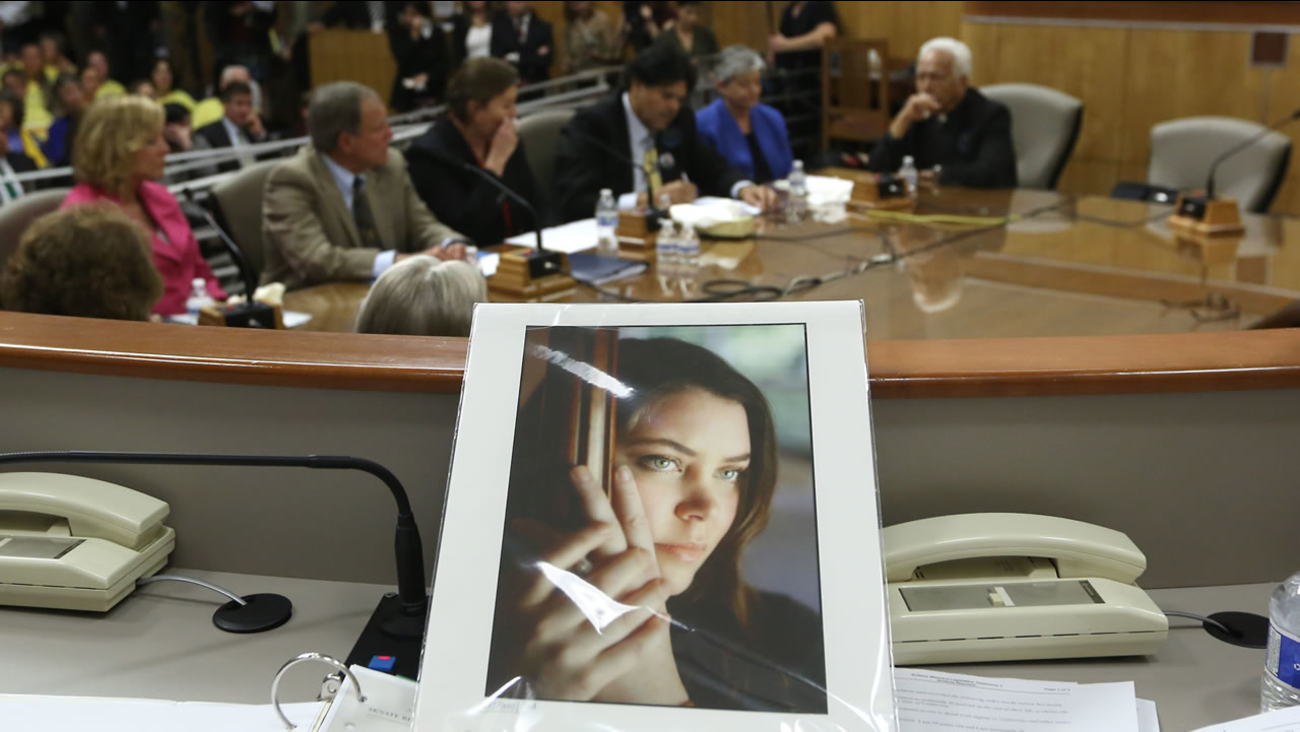 FILE - In this March 25, 2015, file photo, a portrait of Brittany Maynard sits on the dias of the Senate Health Committee at the Capitol in Sacramento, Calif. (AP Photo)

AP
SACRAMENTO, Calif. -- California lawmakers have given final approval to a bill that would allow terminally ill patients to legally end their lives.

The measure faces an uncertain future with Gov. Jerry Brown, a former seminarian who has not said whether he'll sign it.

Senators approved the bill on a 23-14 vote after an emotional debate Friday, the legislative session's final day. The Assembly passed it earlier this week.

Opponents say the measure could prompt premature suicides. Supporters say it gives the terminally ill a choice on how to end their lives.

The measure to allow doctors to prescribe life-ending medication succeeded on its second attempt after the heavily publicized case of Brittany Maynard. The 29-year-old California woman with brain cancer moved to Oregon to legally take her life.