Police in riot gear appear on scene after a rally for President Trump in Phoenix, AZ on Tuesday, Aug. 22, 2017. (KGO-TV)

PHOENIX, Ariz. -- President Donald Trump traveled to Phoenix Tuesday to give a speech to supporters and as predicted, supporters weren't the only ones to show up.

Phoenix police lobbed what they say is pepper spray at protesters who threw rocks and water bottles at them as President Donald Trump's rally in Arizona broke up Tuesday night.

Protesters were seen all around the area -- carrying signs and meeting police in full riot gear.

Stay with ABC30 for the latest details on this developing story. 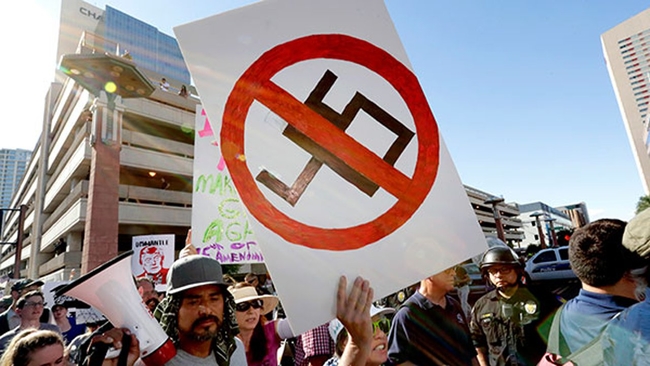