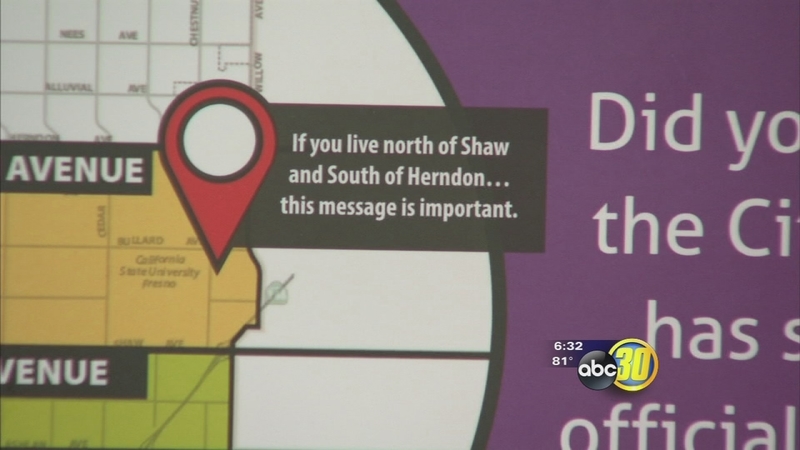 "What they are saying is Herndon Avenue is the new blight line, and that's a pretty dramatic statement to make," said Perea.

Swearengin and Brand are both upset by a mailer sent out by the Perea campaign, pointing out the blight designation and claiming such a statement by the city threatens property values.

But Swearengin said it misrepresents the facts.

"I think it's unfair to tell residents to alarm them, to scare them, that their property values are going down."

Swearengin points to statistics showing property values are up 39-percent in five years. But Perea points out the term Herndon blight line is right there in the city's general plan document. And he points to neglected streets and sidewalks in north Fresno as evidence the city has given up on some neighborhoods.

"But to designate a blight line on an official city document called the general plan, you send the wrong message. Not only to the residents of that neighborhood, saying we are surrendering your neighborhood, but to the business community too," said Perea.

Perea says who will invest an area the city has already declared blighted?

"Now we are dealing with the problem and we are trying to make sure it doesn't continue, it doesn't go past Herndon."

But Perea stands by his assertion that Brand and Swearengin have in effect, crossed a line by making a line.