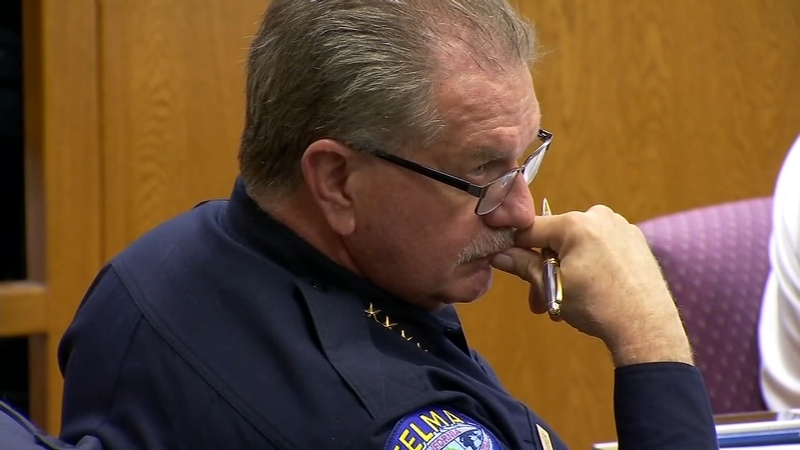 The city is paying Garner a settlement of almost $125,000 -- a year's salary -- and nobody is allowed to talk about why he left.

Action News made a public records request and received the separation agreement between Garner and the city, as well as the August 28 resignation email mandated by the agreement.

"Please accept this email as my notice of my intent to retire from the position of Chief with the Selma Police Department, effective august (sic) 29, 2019," reads the email sent to city manager Teresa Gallavan and Garner's attorney, Barry Bennett.

An Action News reporter broke the story of Garner's exit on August 6, but city administrators stayed silent about his status -- only confirming Garner was not in the office and Lt. Myron Dyck had taken command of the department.

The seven-page separation agreement makes it clear Garner was on his way out the door for at least three weeks before his official resignation.

"Employee hereby acknowledges and agrees that he has been given a period of at least 21 days within which to consider entering into this agreement," it says.

But neither side is allowed to disparage the other. Under the agreement, if members of the media ask Garner about the end of his employment with the city, he is not allowed to respond with anything other than "I retired."

In fact, when Action News asked him, "I retired" was his exact and entire response.

Garner is a former Fresno police captain and he was a finalist to replace Fresno Police Chief Jerry Dyer, but earlier this month Fresno Mayor Lee Brand announced an interim chief, Andy Hall, and launched a new search lasting up to 18 months.

If employers ask the city for job references, the human resources manager is supposed to confirm "employee's separation, city employment dates, and job title, except as may be compelled by law."

The city agreed to keep Garner's personnel records confidential and exempt from public records requests, but they could be unearthed by lawsuits or "in an investigation by a grand jury, district attorney's office, or the attorney general's office." The city also said it couldn't be held responsible for information disclosed by people who Garner told about "why employee separated from the city's employment."

City administrators agreed not to contest any unemployment insurance application by Garner, but they will make settlement payments to him in September and January totaling $124,654.26.

The city hired Garner as its chief in July 2013 and signed a new four-year contract with him in July 2018.

He had recently come under fire from people who felt he hadn't done enough to address gang violence in the city.

Garner pointed to a decrease in violence since he took over, but critics accused him of fudging the numbers.