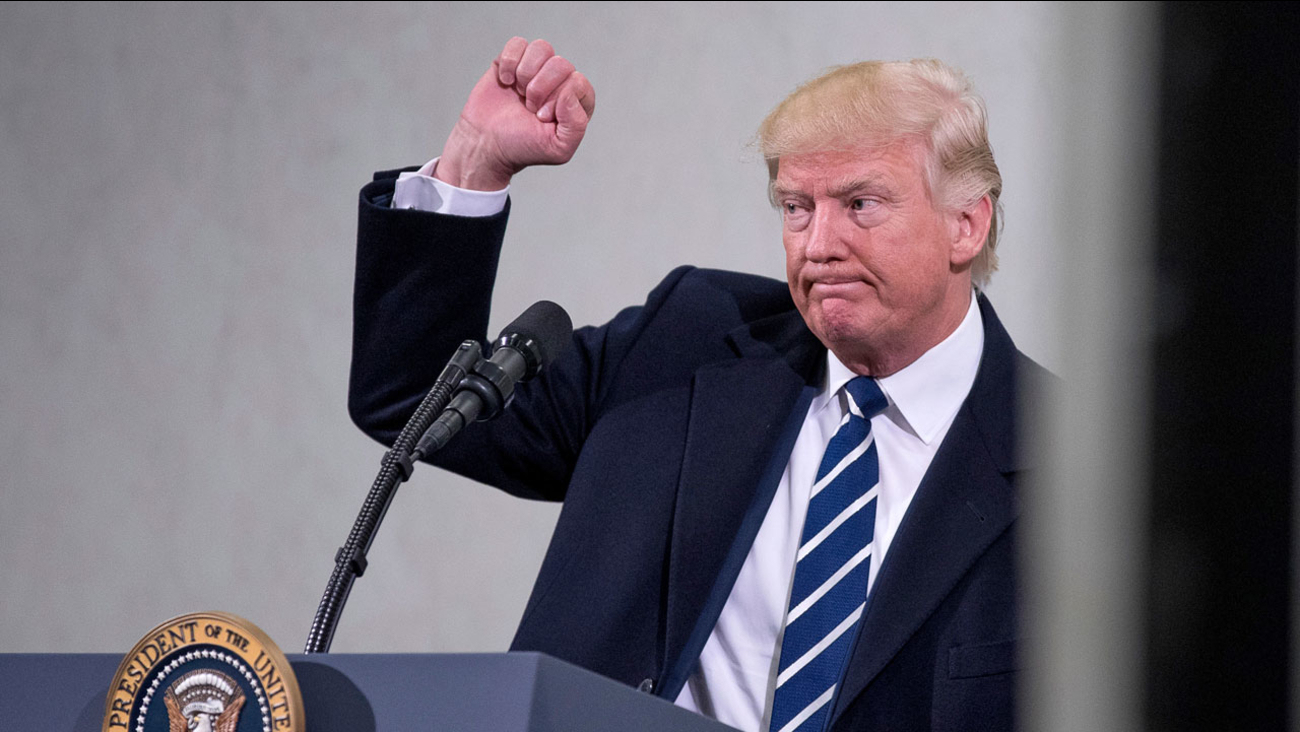 WASHINGTON -- President Donald Trump has signed an executive action implementing "new vetting measures" that he says are aimed at keeping "radical Islamic terrorists" out of the United States.

The president says he only wants to admit people to the United States who will support the country. His comments echoed his campaign pledge to implement "extreme vetting" programs, particularly for people coming from countries with ties to terrorism.