Porterville Police searching for man who shot at multiple people, including children with rifle 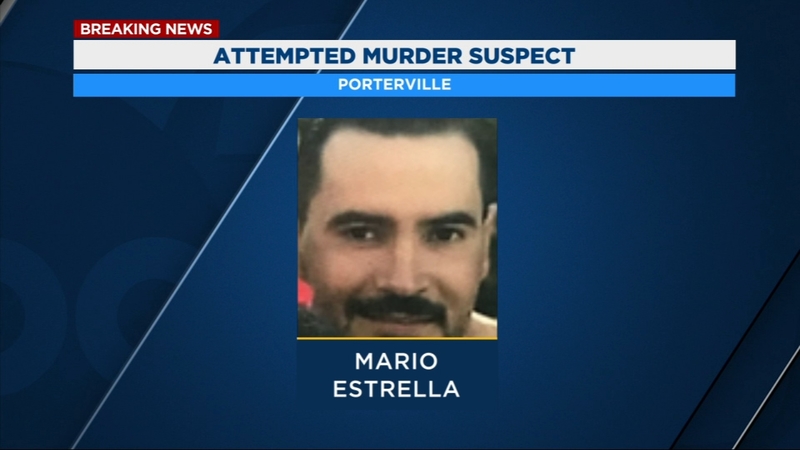 Porterville Police searching for man who shot at multiple people, including children with rifle

FRESNO, Calif. (KFSN) -- The Porterville Police Department is searching for a suspect that tried to shoot multiple people, including two children, with a hunting rifle.

Officers say 27-year-old Mario Estrella of Porterville got into an argument with a victim Sunday morning. As the victim tried to run from him, he grabbed the rifle--firing multiple times.

A four-year-old and six-year-old were standing with the victim when the man opened fire. No one was injured.

Estrella ran from the scene and was last seen near Olive Avenue.

Officers say he has very distinctive tattoos on his left forearm.

He is wanted on three counts of attempted murder...and should be considered dangerous.