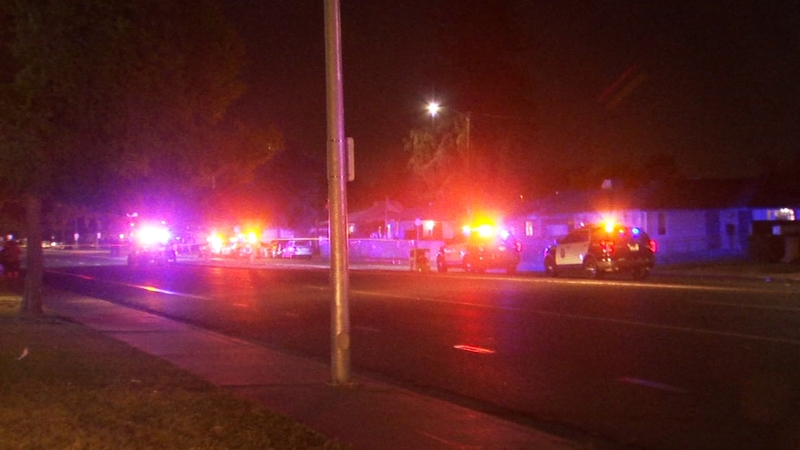 FRESNO, Calif. (KFSN) -- Fresno Police are searching for the gunmen who shot and killed a 17-year-old boy and injured three other teenagers over the weekend.

Authorities said 17-year-old Jovham Portis died at a hospital after he was shot multiple times near Clinton Avenue and First Street on Saturday morning.

Officers were nearby at Radio Park when they heard the gunfire. They found two victims near the intersection, and shortly after, they located two more.

Police said two 16-year-olds and a 15-year-old were also shot. All were taken to a hospital and expected to survive.

Investigators said they believe Portis was the intended target, and the other teens were caught in the crossfire.

Portis has some gang ties, but police said it still wasn't clear if that is a motive for the shooting.

Editor's Note: Police originally said the person killed in Saturday's shooting was an adult but have since updated that information to indicate the victim was 17. Our story reflects that update.