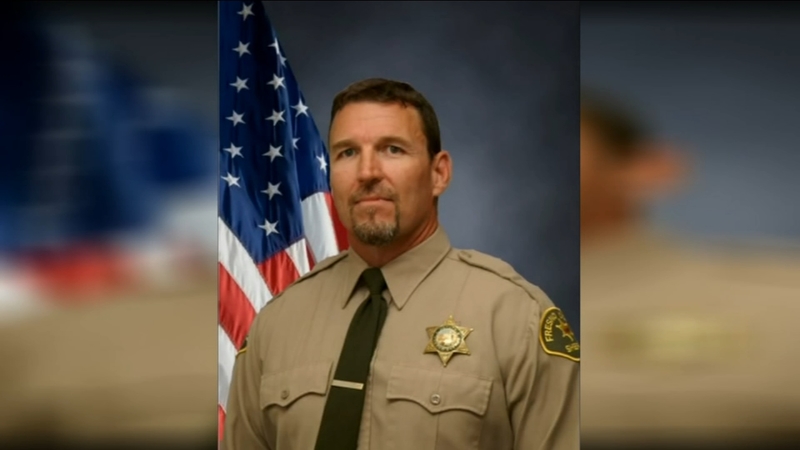 FRESNO, Calif. (KFSN) -- A community is working to honor the memory of a fallen Fresno County Sheriff's Deputy.

The plan is to put a memorial plaque right in front of Tranquility High School. Rod Lucas was a student and football player there. He graduated in 1988. He was killed two years ago but school Principal Vince Gonzalez believes the memorial to be placed right in front of the school will keep Lucas' memory alive.

"It's a great place because he was part of this community, and what a great place to put the honorable plaque so the community actually can see it, he's a Tiger, so we are proud of that. "

Gonzales was a classmate and he and Rod were friends.

"To honor somebody that I am that familiar with is a great honor to me personally."

Eric Schmidt is president of the Fresno County Deputy Sheriff's Association, The union is collecting donations for the memorial.

" Today marks the two year anniversary so it's a pretty solemn day, I think talking to people this is a good idea for the community of Tranquility where Rod was from, he went to high school where he was a school board member there."

The circumstances surrounding Lucas' death are not entirely clear. The district attorney has charged a fellow deputy with manslaughter for what has been described as the accidental firing of a gun. A preliminary hearing was held a year ago but the case has yet to go to trial.

Whatever happened, Schmidt says the memorial is seen as a fitting remembrance.

"The community is really rallying around this idea, they want to have something permanent In Tranquility in memory of Rod. "

Rodriguez adds; "To honor him in this way, and in all the things he's done for this community, I think it's extraordinary"