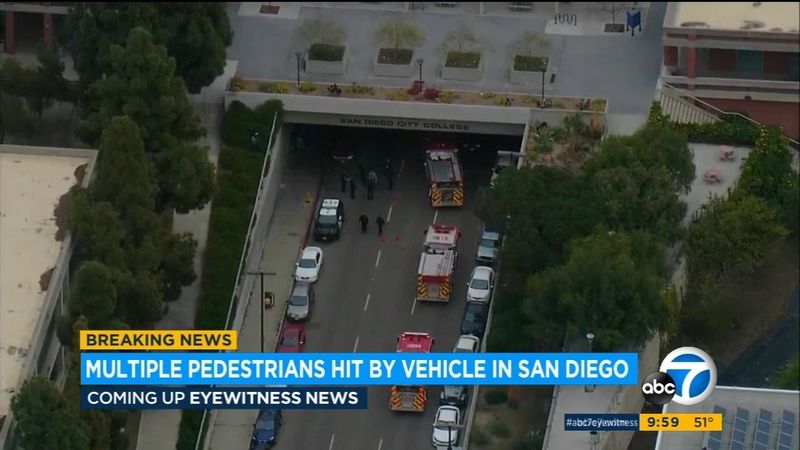 SAN DIEGO -- Three people were killed and several others were injured after a car jumped the sidewalk and drove through an area with a number of tents under a bridge in San Diego Monday morning, authorities said.

The incident happened around 9:00 a.m. on B Street in the city's East Village neighborhood, according to the San Diego Police Department.

Authorities say the driver, identified as a 71-year-old man, is in custody for allegedly driving while impaired.

Two of the victims hit are in critical conditions. There are a total of nine patients.