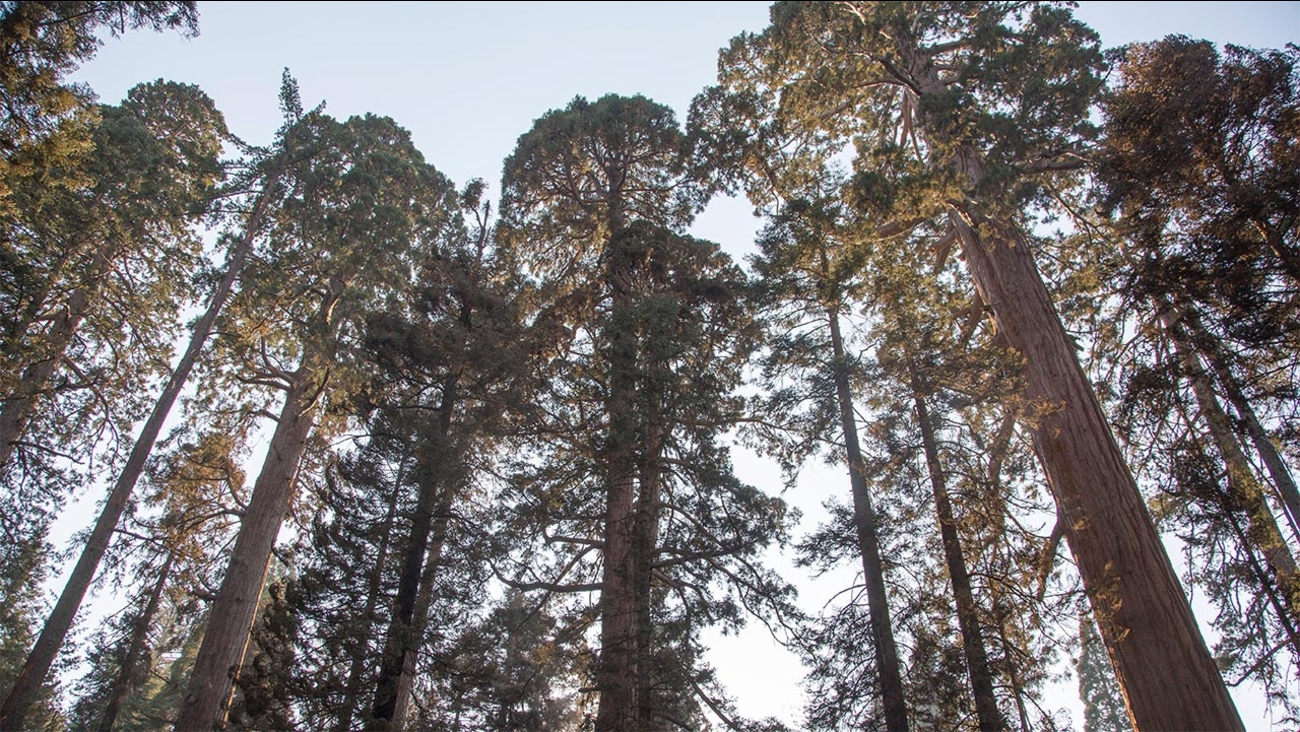 On the Inciweb Rough Fire page on Monday, fire officials posted a short section on how Giant Sequoia trees actually depend on large forest fires. They describe how previous forest fire hot spots often later result in clusters of the trees.

Here is what they posted:

Fire and The Giant Sequoia Trees

Fire helps giant sequoias in many ways. Small, green cones full of seeds awaiting germination grow near the crown of the trees, yet without fire or insects to crack open the cone, the seeds remain trapped inside.

Green cones can live with viable seeds inside them for up to twenty years. Fire dries out the cones, enabling them to crack open and deposit their seeds on the forest floor. Clusters of Giant Sequoias may be found where fire once burned very hot, called a Hot Spot. Because the shade canopy is destroyed, those remaining plants can tolerate high light intensities will be favored.

The thicker bark will not hold a flame, but the can be seared through when accumulations of fuel beneath the tree burn for a long time. The deep and long fire scars that can be seen on many Giant Sequoia trunks are probably due to the heat of the burning, less fire- resistant adjacent trees.

Often despite severe fire damage (some burned completely hollow) Giant Sequoias can survive for centuries. Continually new wood grows from either side of a fire scar, covering a little more each year until the injury is healed over like a new skin on a body. Cross-sections of logged Sequoias disclose many cases where fire scars have completely healed after the damage was incurred.

SMOKE VISIBLE AGAIN TODAY DUE TO TACTICAL FIRING OPERATION. Unburned pockets of fuel inside the perimeter continue to burn with higher temperatures over the fire area. Firefighters will strengthen and hold containment lines during these operations to prevent escape.

Weather Concerns
High pressure will continue over the region into Monday then begin to move east. No chance of rain is forecasted through Friday. Morning lows Sunday were in the 60s. Highs were 85 to 100 degrees with 17 to 28 percent. Temperatures will become a little lower on Monday in the 80s to lower 90s as high level moisture begins to spread north into the area. Critical burning conditions are forecasted Monday due to the temperatures and low humidity near 25 to 35 percent.

The anticipated opening of the Grant Grove Village has been delayed today to allow firefighters more time to finish firefighting activities near Grant Grove. Currently, the intermixing of fire equipment and park visitors creates an unsafe situation. Fire officials will do their best to re-open Grant Grove Village only to visitors tomorrow, September 22, at 8:00 AM. Re-opening is dependent on the fire and safety situations. The Grant Tree will remain closed until further notice.
A road block will be in place at the intersection of Highway 180 and Highway 198, The General's Highway remains open to travelers.