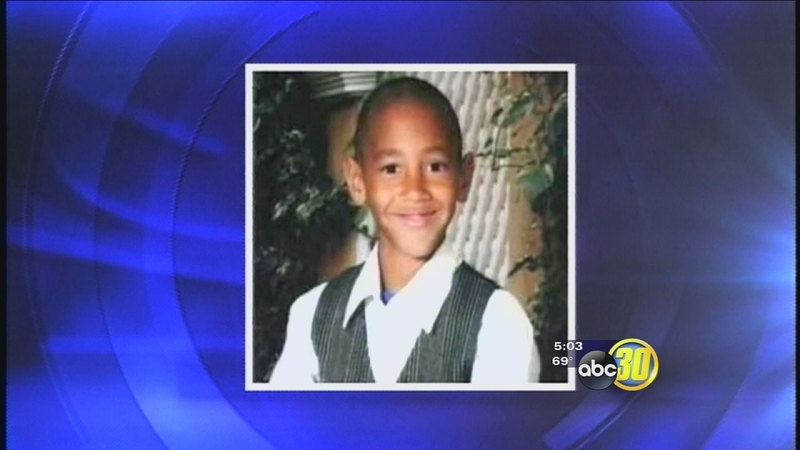 FRESNO, Calif. (KFSN) -- The Fresno father who sued the county after his son's death has now settled the case.

It took seven years to get to this point, and Hudson said it's taken a toll on him beyond just what he suffered when his son was killed. Now, he intends to use the money he's getting to create a place where they'll train mandatory reporters to prevent child abuse.

Seth Ireland's last school picture is emblematic of the last years of his life. The obvious signs of abuse are right there in the picture to see-- a swollen left eye and a bruise on his forehead. But even though his principal called CPS in November 2008, the last time his CPS case worker saw him alive was a month earlier, when a neighbor reported abuse.

In December, his mother's boyfriend beat Seth to death.

His father, Hudson, sued CPS and the county and won an $8.5 million verdict at trial three years ago. But the county appealed and until now, hadn't paid a dime.

"Its been a lot of years," Hudson said. "I've been up and down mentally. Its traumatized my life. I'm on disability now. It's a struggle daily because I miss him so much. I can't hold him any longer. Now, he'd be a senior in high school, graduating.

The case finally settled for $1.35 million, and although the county doesn't admit fault in the agreement, Hudson's attorney tells Action News the long fight should make an impact at CPS, and not just in Fresno County.

"I'm hopeful that the publicity this case has generated puts an awareness on our children and the safety of our children," said Warren Paboojian, Hundson's attorney.

And Hudson plans to keep pushing. He wants the settlement to mean Seth's name is always associated with preventing child abuse.

"We're all pleased with the outcome and you know, it was a tragedy that took place, but my son is saving other children's lives and I'm going to continue that legacy for him," Hudson said.

Seth's younger brother witnessed a lot of the abuse. He'll also receive a portion of the settlement.