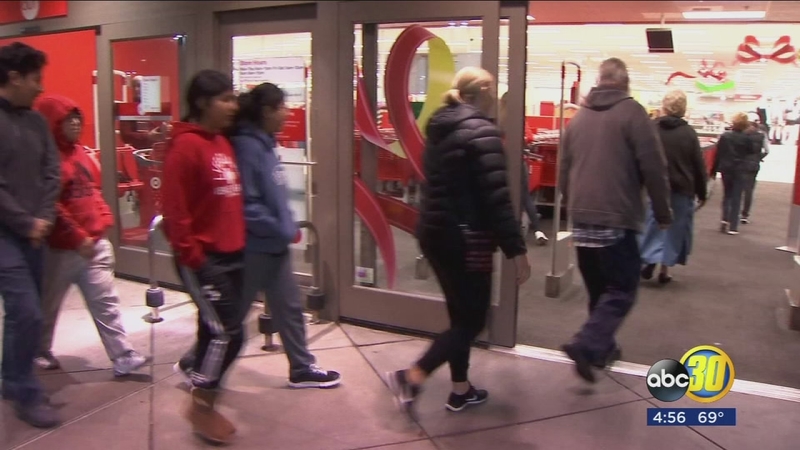 FRESNO, Calif. (KFSN) -- While some people waited in long lines to be first in the stores others waited and went after the rush.

Shoppers anxiously waited for stores to re-open on Friday morning to take advantage of those Black Friday deals.

Many shoppers are keeping a close eye on the special offers to make sure they get more bang for their buck.

Leonardo Sanchez said, "I think the biggest thing are the half off, the 50 percent off because you usually don't get that throughout the year. (Another) one is buy one get one free."

Stores like Target had some big savings, with 100 to 200 dollars off electronics and TVs but the late crowd is not looking for anything too particular, just the best deals and specials they could find.

"This time we wanted to try something different and come after the rush. There wasn't really anything specific we wanted," said Anthony Contreras, "We enjoy looking for the small finds, you know, the 50 percent off they buy one get one free."

An ABC30 Action News Survey USA poll could not agree more with these shoppers.

According to the poll when people go shopping the most important deal they are looking for is a large percentage off.

Shopper, Jolanda Jackson said, "I don't care how much I'll save later. I just want the immediate deal today."

"While many people come out to shop Black Friday deals ... like spend $50 now and get 20 percent off at a later date... Others come out because it's a tradition."

"We've been coming on Black Fridays for a lot of years and Target is always one of our main stops," said Gail Shaubert.