ABC11 Together highlights the strength of the human spirit, good deeds, community needs, and how our viewers can help
WTVD
By DeJuan Hoggard
DURHAM, N.C. -- North Carolina 3-year-old Ava Lewis had one simple choice when she decided to start a business: lemonade or bracelets. Without hesitation, the 3-year-old chose lemonade.

She charges 50 cents for a small cup and $1 for a large cup of lemonade.

"I want to help babies," Ava said when asked what she planned to do with the money she's earned. Specifically, she is interested in buying diapers and bottles for babies.

3-year-old Ava Lewis of Durham has a lemonade stand and it’s a hit! She’s gone from selling cups of lemonade to selling gallons. Her goal is to raise money to buy diapers and bottles for babies in need. #ABC11 pic.twitter.com/CIWDu1vuZI

The lemonade stand is set up in front of The Lather Lounge Hair Studio. Ava's mother, Maggie Lewis, has owned the beauty shop at 2902 Hillsborough Road in Durham for 11 years now.

"In the beginning, I said 'What do you wanna do with your money?' She said, 'I wanna pay the gas bill," Maggie told ABC11. "I said lemme record you because when you get older. I want you to remember that you're going to pay this gas bill," she laughed.

Cancel the gas bill. The next decision was between bracelets and lemonade. Lemonade won.

Ava's business is so successful that several customers approached her asking to buy the lemonade in gallon sizes.

Maggie said she challenged her mother to see whose lemonade was better based on customer reaction.

"One lady jumped out the car and said 'I wanna get some gallons,'" Maggie said. "I got nervous right away and said 'Ma'am this is a trial.' One of my nieces said there's no such thing as trial in Durham. You know everybody is gonna support in the Bull City."

One of their church members built the stand that is decked out with yellow and purple and supported by wheels.

On her first day of business, traffic was slow. Ava began to feel down for the lack of customers.

"There was a guy across the street who said, 'Don't worry I'm coming,'" Maggie said. "I said, 'See Ava, hard work pays off! It's hot out here. But you have to work hard what you want.'"

People have been asking the toddler for her CashApp information and driving from as far away as Greensboro.

"She's gonna take this to the next level! She always says 'I am a winner,'" Maggie added. "That's her favorite line. I let her know we was born to win!"
Report a correction or typo
Related topics:
societydurhamnccharitymoneybabiestoddlerlemonadeabc11 together
Copyright © 2021 WTVD-TV. All Rights Reserved.
ABC11 TOGETHER

How to make face masks from materials at home 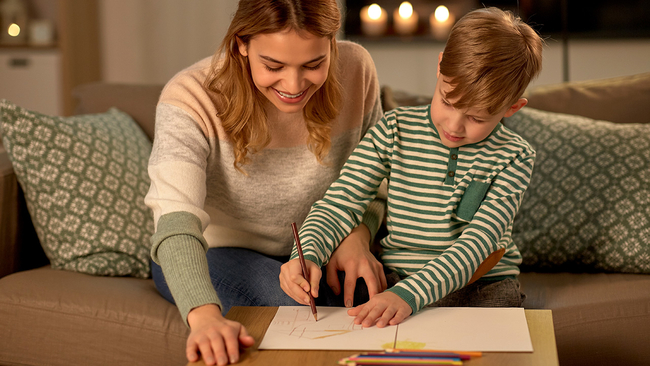 Kids in quarantine: How to keep children comfortable, entertained at home