As temperatures warm up, water rescue teams train for increase in calls 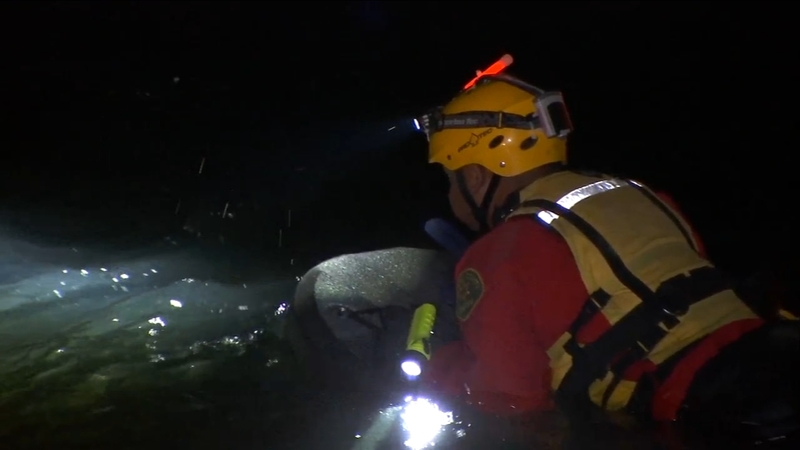 As temperatures warm up, rescue teams train for summer calls

FRESNO COUNTY, Calif. (KFSN) -- Rescue crews are training night and day to get ready for the upcoming busy season, and with the recent rain and snow in the Valley and Foothills, they're expecting more calls for water rescues than usual.

Rescue teams aren't using their eyes, but rather, their ears to hear past the rushing water in hopes of finding the decoy victim.

Phillip Edwards says a night search is a very real scenario for Fresno County Search and Rescue volunteers as they get ready for the summer season.

"Most people do go out in the water during the day that doesn't mean we'd find the lost person during the day...it might go into the darkness," he said.

The Fresno County Search and Rescue team, along with some volunteers, are conducting swift water training near the Pine Flat Dam, a common area for rescue calls.

Last year, the department's boating unit responded to more than 300 rescues, and with the current water and snow levels, deputies are expecting even more calls than usual.

"We're anticipating an increase in calls this year because of the volume of water," said Sgt. Scott Weishaar.

On a busy weekend, deputies can see over 1,000 people floating along the Kings River

"This week is in the 90's already," she said. "County parks are open, river is running, pine flat dam is releasing water its possible we'll get those calls anytime now."

That's why deputies say they're doing some pre-planning.

"We've got everything on the river mapped out as far as obstructions where we anticipate people needing save," said deputy Shawn Plummer.